“The city also paid $50,000 to a former Spokane Police detective who filed a lawsuit over the delayed release of records in the case.”

The City never paid me a penny! One of my demands in the settlement was that all monies go directly to the Center for Justice to be used for oversight, and the City cut the check to them not me as part of the settlement. My other demands, all of which were met, were a public acknowledgement of fault, and an addition to the City Municipal Code making it an ethics violation to withhold Public Records. You can find the entire settlement agreement in this story.

Although Mayor Condon promised to increase funding for the Clerk’s Office continued extensions on Public Records Requests because of a lack of funding remain a serious problem with the City of Spokane, and it isn’t the fault of the people who do the work.

Both the Spokesman Review and myself received information from sources about the Cotton/Straub Affair around the same time. At that time there was quite a bit of talk about the SR sitting on the story because of the owner’s relationship with Condon. After receiving considerable information, I submitted a comprehensive Public Records Request which resulted in me having to study Computer Disc after Disc of documents. The information in those public records IMO support Karen Stratton’s affidavit. Karen Stratton is one of the few Politicians that has never obfuscated or lied to me, so unless proven otherwise I tend to believe her statements made under oath, something I am not willing to do for other Politicians and I am currently investigating that issue concerning another Politician despite having to suffer through efforts to intimidate me. The Seabold Investigation came about as a direct result of my interaction with Council President Stuckart, all of which is very well documented. Originally Stuckart told me that the CC had no interest in having the Cotton/Straub Affair investigated, but as more information became public the CC changed their position.

I must assume that Mr. Shogan will call new Fire Chief Brian Schaeffer and former Fire Chief Bobby Williams as witnesses, since the Public Records are quite clear that Mayor Condon first tried to move Cotton to the Fire Department which IMO supports Stratton’s affidavit. 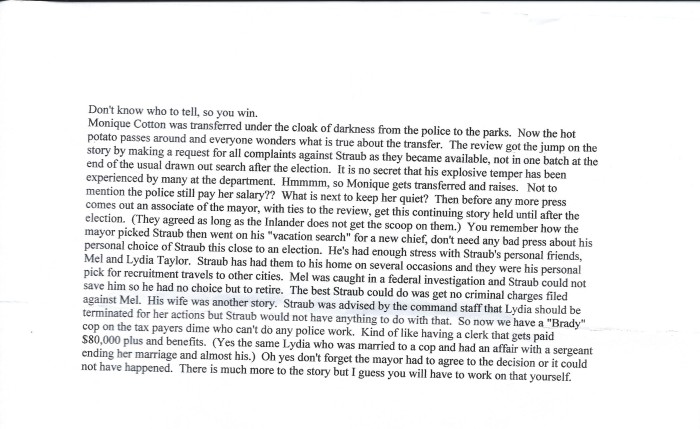 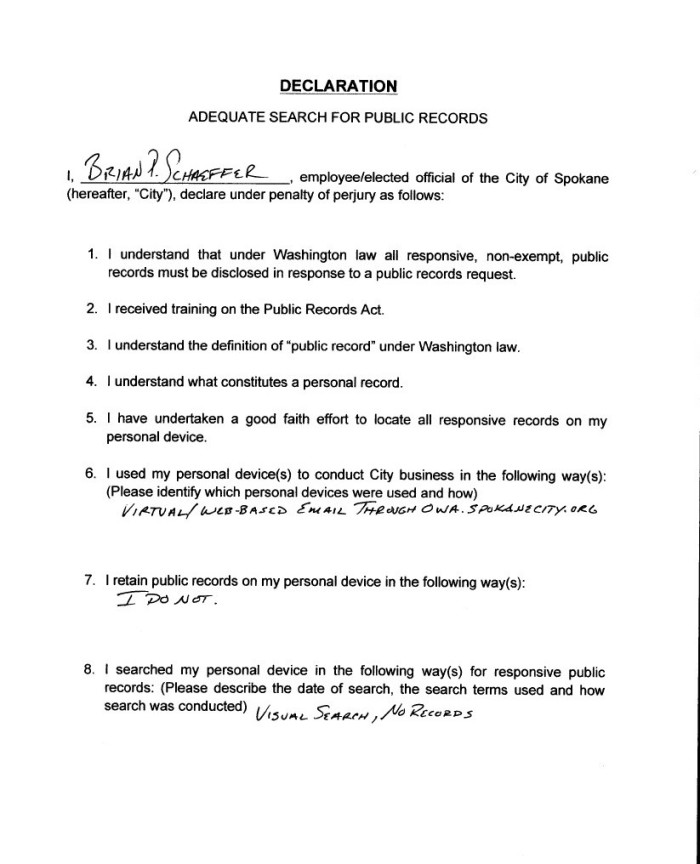 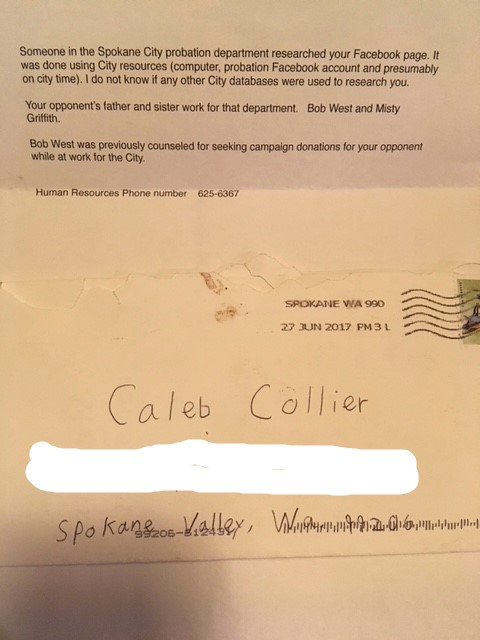 “I’ve moved on, but that doesn’t mean that’s for everybody,” Stuckart added.

Moving on is exactly what gets Politicians in trouble not answering three emails with one very easy question will always peek the interest of an Investigative Reporter.

***A LITTLE BACKGROUND BUT IF YOU WANT TO MINE MY SITE THERE IS MUCH MORE:

I spent several years investigating Organized Crime in Spokane and received a lot of training in that regard. My experience and my training taught that an ineffective press leads to corruption. Something one of the lead trainers in OC Investigation at the time, Ralph Salerno, stressed in every class, so here I am.