Time for an update regarding my September 5, 2015 (Yes September 5th) Public Records Request. As folks know who follow this Blog I had requested…well kind of demanded…that I receive affidavits of records searches on cell phones pursuant to the Washington State Supreme Court’s Decision in Nissen v Pierce County. If you recall, I had a little back and forth with Mr. Pat Dalton about the issue and I for the umpteenth time provided a list of the players below. Recent information I have developed will require me to add two individuals to the list, Nancy Isserlis and Rick Dobrow.

I hope the other local media continue to follow this Blog and take note of how their investigative reporting can assist in government oversight. Why is it important to obtain “Nissen Affidavits”? I have dealt with the answer in past stories but the short version is once the individuals have signed an affidavit under oath and it is later determined that the affidavit was not truthful, or Public Records were destroyed in violation of the law, there is big trouble in “The City of Choice”, or any other Washington City for that matter.

Last evening, I received my first City of Spokane’s version of a “Nissen Affidavit”. This one from Assistant Fire Chief Brian Schaeffer. Remember that Mayor Condon attempted to move Monique Cotton to the Fire Department before he moved her to the Park Department.

It will be interesting to see how long it takes to get the remaining “Nissen Affidavits”, and especially those of Mayor Condon and Teresa Sanders. I doubt we will ever see a “Nissen Affidavit” from departed Frank Straub. However, we MAY at some point be able to read his deposition if the City Council refuses to settle Straub’s claim as they did in the Brad Thoma case, and all the dirty laundry is aired in public. 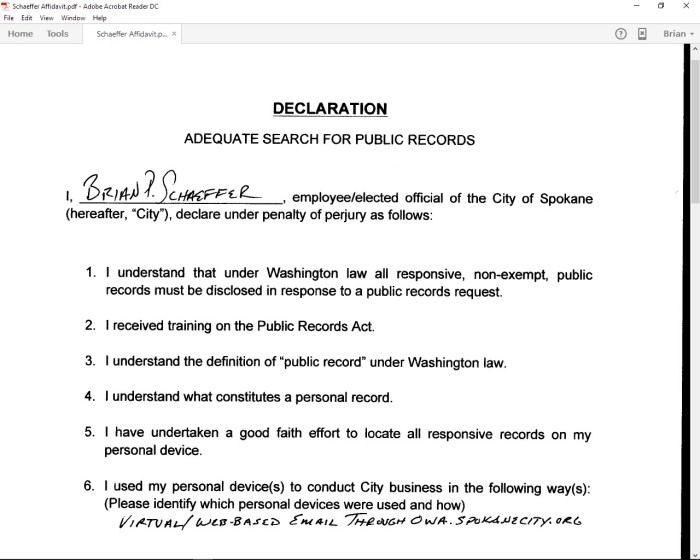 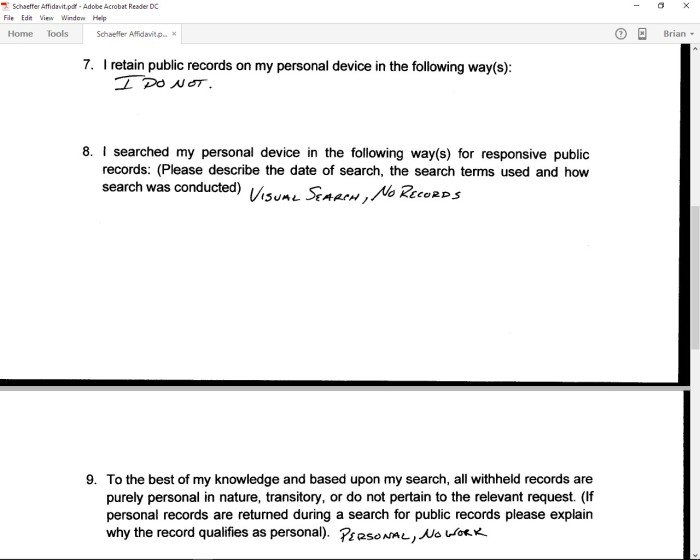 As we all know currently there is an “Independent Investigation” being conducted by the City Council. That investigation under the City Charter has the authority to take testimony and statements under oath and subpoena records, including cell phone records, so we should be able to determine the validity of the investigation based upon what they DO or DON’T DO.

I don’t know about my readers but I’m anxious to see the “Nissen Affidavits” of Mayor Condon and Teresa Sanders, and compare those affidavits with some investigative holdbacks.

One thought on “COTTON/STRAUB PRR UPDATE”