When you have a Politician like Ozzie Knezovich, who is typical of most Politicians, you know as an Investigative Reporter that there will likely be a significant difference between what he tells you as a member of the Media documented electronically and what he says under oath. The only real option an Investigative Reporter has to get to the truth is to spend the time and money to obtain various Court Records, and Police Reports which may tell a completely different story or uncover secrets the Politician doesn’t want known, whether those records are local or from other places the Politician has lived, attended school, or worked. Getting Documents is also an important aspect in corroborating sources.

When you review several hundred pages of Documents and Court Records you almost always run across things that are funny, such was the case when I went through all of the Court Documents in Phil Tyler’s Discrimination Lawsuit against Spokane County. One of the many funny things, to me at least, was Ozzie’s response to a question regarding his public statements in this Spokesman Review Story about Phil Tyler running for the Spokane City Council. 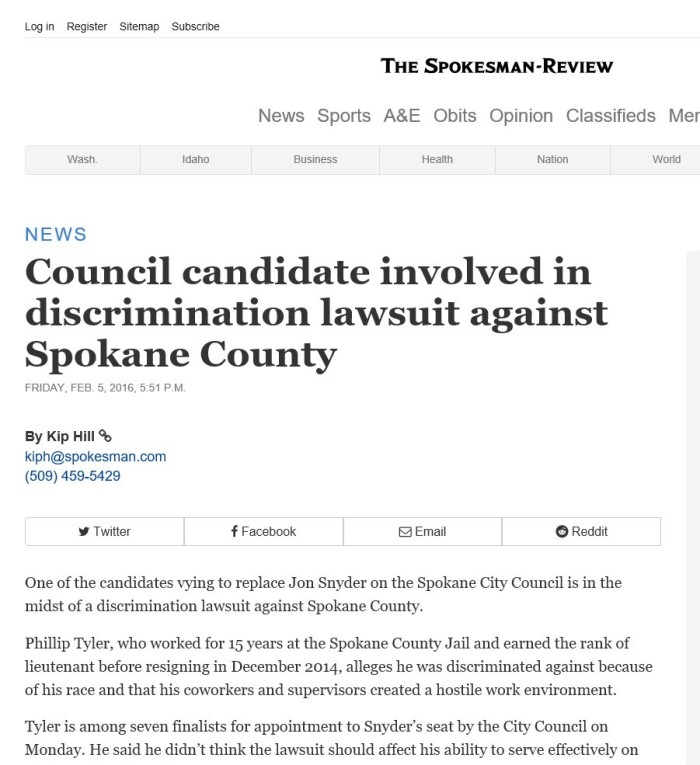 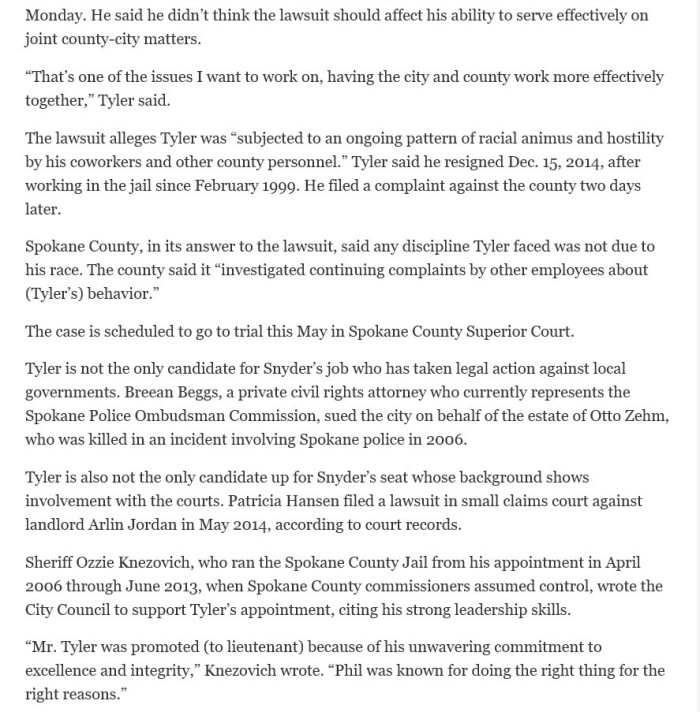 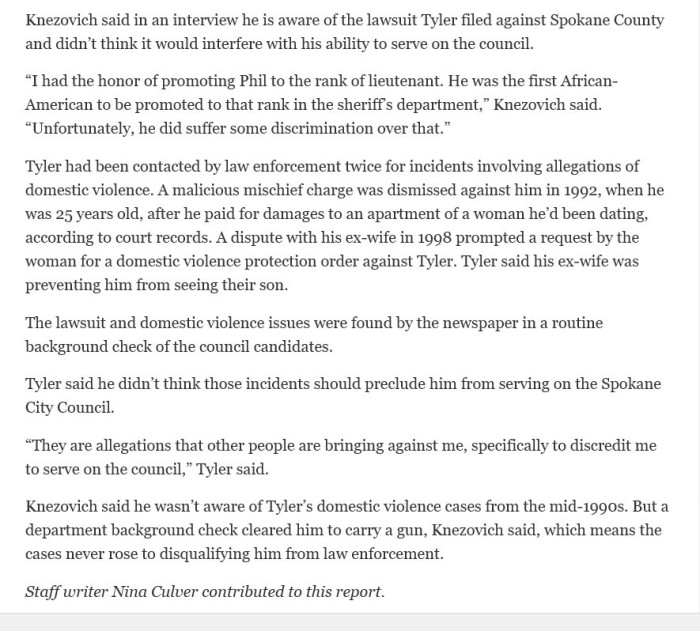 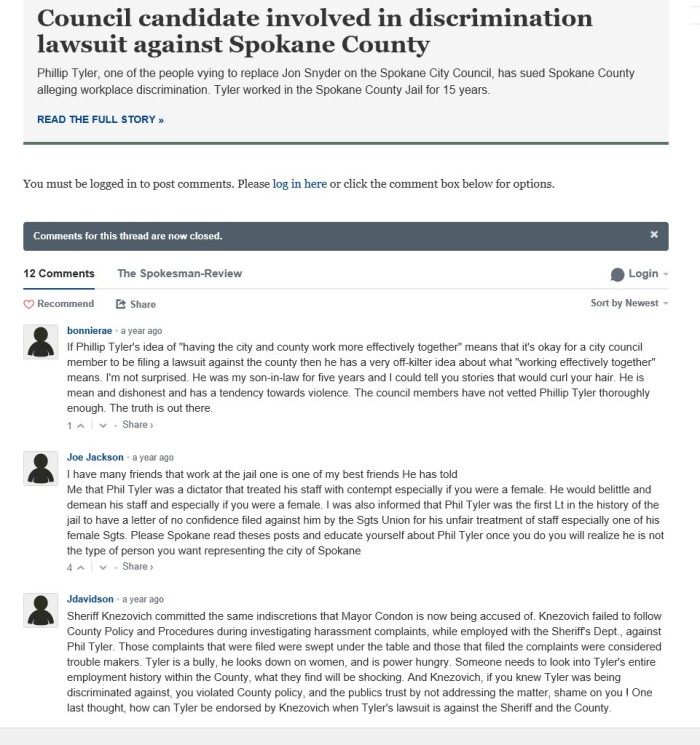 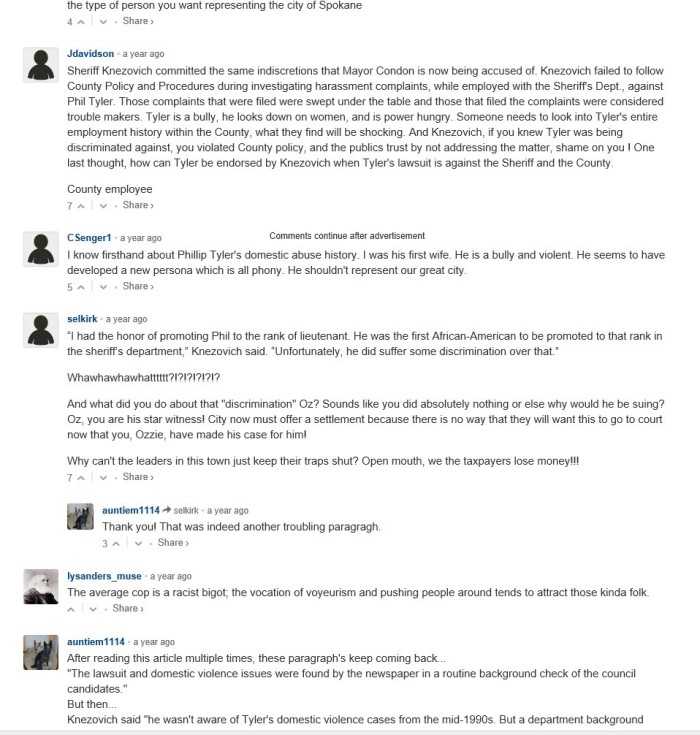 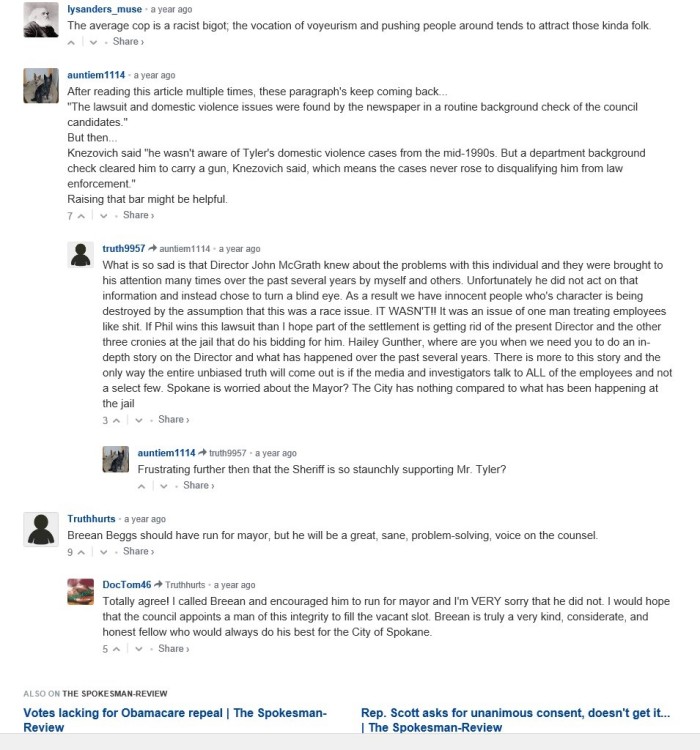 You might notice in the SR story that even though Ozzie takes credit for promoting Phil Tyler he was not aware of Tyler’s Domestic Violence issues. The Court Records reveal that apparently, Ozzie wasn’t aware of some other things that would certainly be a cause for concern in hiring Tyler. I sent Ozzie an email trying to determine if he was aware of those issues, but for some reason I haven’t received an email in return answering the question.

If anyone watched the Ozzie/Buff Episodes regarding Phil Tyler you might be able to discern why I asked the questions I did, and why I brought up Ozzie’s hiring issues.

“I hope Phil Tyler takes a careful look at this statement by Ozzie “He’s the NAACP President.” and the context. I might have missed it but at this point I haven’t heard anything from Phil Tyler regarding the McMurtrey case. Ozzie’s AML (Administrative Memory Loss) fortunately goes into remission and he remembers some IA stuff I brought up earlier.”

Here is just one of the funny parts of Ozzie’s Deposition in the Phil Tyler Lawsuit when he is provided a copy of the above SR Story and is asked questions regarding it. 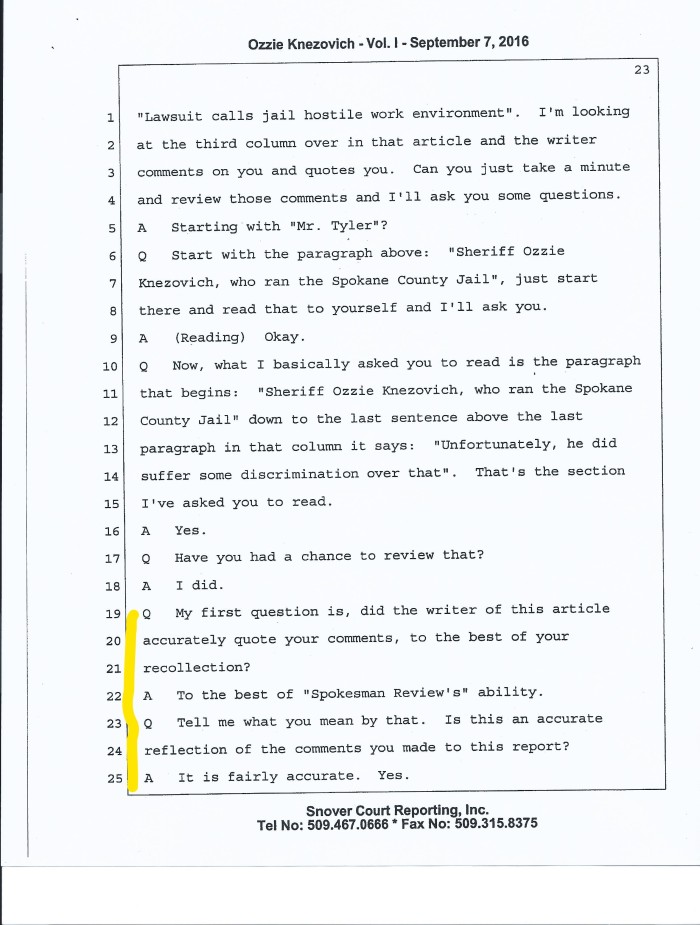 Ozzie is one of those Politicians that, that when a story is written that wipes his shine off, whether by the SR, Inlander, Me, or anyone else for that matter, he does everything he can to try and dig himself out of the big hole he digs for himself.

The sad truth is, when you have individuals who are supposed to be “Leaders” responsible for helping to deal with our serious Race Relations Problems simply using other “Leaders” to further their own personal agendas, it hinders the process and sure as hell doesn’t help!

3 thoughts on “DARN SPOKESMAN REVIEW THEY NEVER GET IT RIGHT!!!”