Key factors for consideration by SPD Brass in trying to establish respect and trust from the Community?

I was going to hold off on this story until I received my PRR response from the City regarding the McMurtrey case, however since it will be a while I decided to go ahead with it. 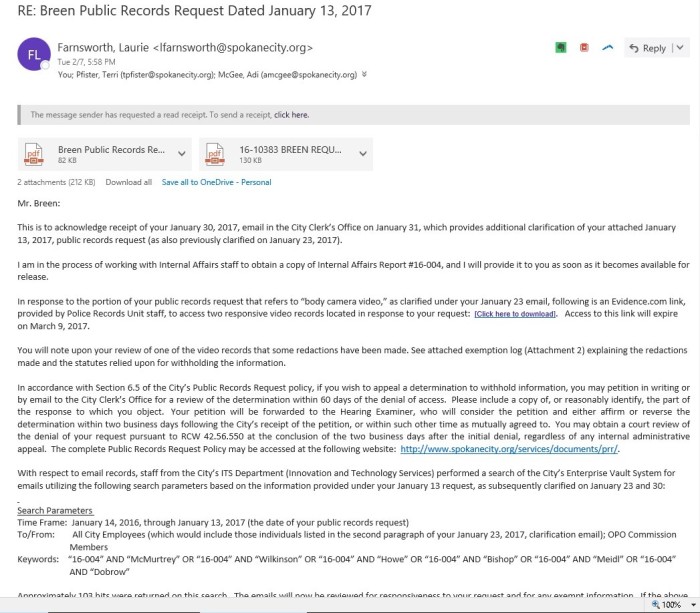 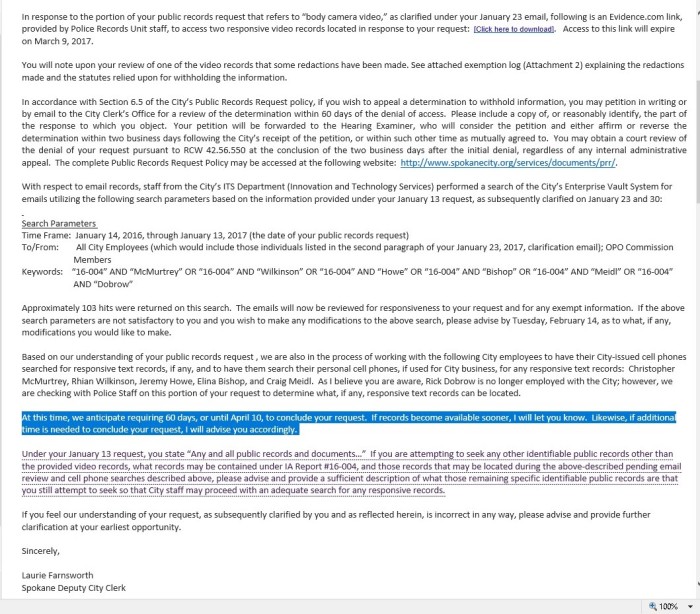 There is an old adage that the cover-up is always worse than the dastardly deed, and unfortunately here in Spokane we know just how true that is. Had SPD simply come out with the truth back in February of 2016 the McMurtrey case would have been long behind them. The problem the Mayor and Craig Meidl had at the time was the controversy surrounding Condon choosing Meidl as his new Police Chief. If the McMurtrey case and others had come to light back, then when Meidl was the Assistant Chief with his hands all over the case the outcry would have been even worse. It was a given throughout the Department that Justin Lundgren was going to be Meidl’s Assistant Chief, and he too was involved in the McMurtrey case. The video itself of course brings up real questions which should be being asked by the NAACP, LBGT, and Human Rights folks, something that would not have been a good thing during the controversy of Condon’s pick of Meidl. Those facts, in my view, explain why it took the above PRR to bring at least some transparency.

Every law enforcement leadership school, or IA investigation school stress the need to be transparent and get negative publicity out there right away to show that you aren’t trying to hide things, maybe Meidl and Lundgren forgot those sections of the training. What is even worse for SPD is trying to hide the McMurtrey case and others from the OPO, which of course calls into question how much the OPO doesn’t know. Making it worse was when Justin Lundgren during the Public Safety Committee Meeting refused to acknowledge SPD had done anything wrong. At least now we know that SPD is good with trying to hide negative Body Camera Video.

Another question that arises as far as SPD and transparency is concerned is are they more concerned about the “Leak” or being more transparent, rumors of course run rampant in Police Departments much like they do in the Military, or even the private sector, so I can’t help but wonder if there is in fact a big “Leak Investigation” going on at SPD. If there is, they haven’t talked to me yet, not that it would do them the least bit of good.

As I reported Council President Stuckart during the PSC Meeting confronted Meidl and Lundgren, after receiving the “We don’t have enough staff to be transparent excuse!” with the hit that the “Staffing Analysis” recommended by Cops DOJ only covers Patrol, and not the entire department as they have in the past. The study I’m sure he was referring to was the Etico study the completion of which has been put off until June for some unknown reason.

Of course, there are some folks that are very aware that the entire SPD needs a detailed staffing analysis done.

I’m not sure if the CC has ever read the other Staffing Analysis of SPD that was done by The Office of Justice Programs (OJP) Diagnostic Center and was completed in October of 2016. Few people probably have read it, but there is a lot of interesting stuff in it. The study itself, is only on SPD Patrol and primarily relates to SPD staffing and Community Oriented Policing.

Apparently Chief Meidl and Assistant Chief Lundgren overlooked one of the highlights of the report and especially the Model Practices thingy.

Like I said it is always better to “address potentially negative issues quickly” honestly and take ownership. 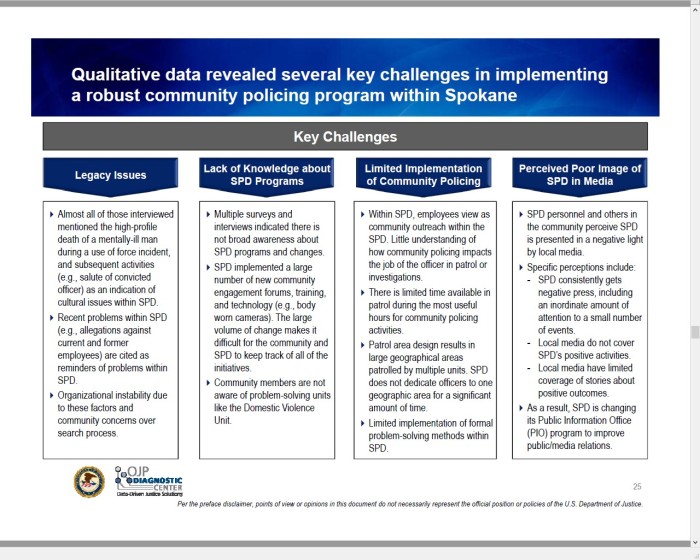 Most folks won’t be that interested in the OJP report but I was, and especially since it was like pulling teeth via a PRR to try and find out where in the world all our Cops are assigned throughout the SPD. Even though Teri Pfister finally provided me with this which had to be created AFTER my PRR, I’m still not sure, and will need to do more digging. 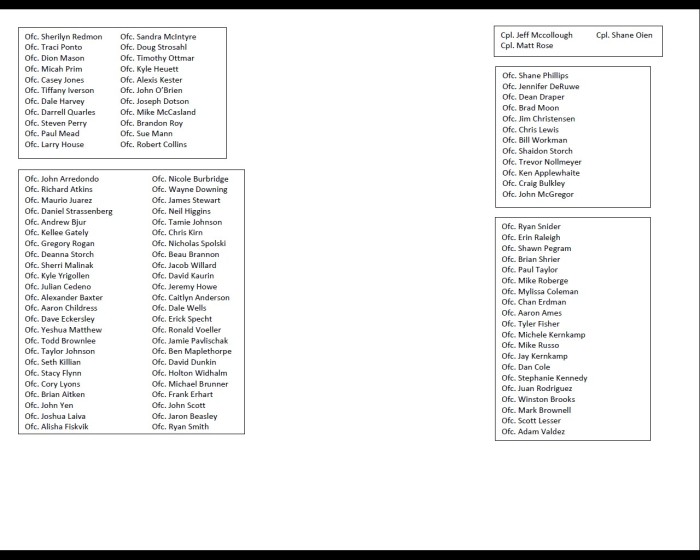 I think anyone with a background in “Staffing Analysis” would take a look at the SPD Organization Chart and have some serious questions about a number of things, and sure as heck Deployment, Span of Control, Utilization Factors, Caseloads, ecetara. Keep in mind this primarily represents only Commisioned Staff and not Civilian Staff.

My story file is full so I emailed Rachel Alexander a bunch of info regarding this story she wrote and some of the folks involved.

I haven’t heard back from her, hope she digs into it. Could be an interesting story but would require a little gumshoe. If the SR decides not to take it on, I will get to it down the road.