For those that follow me I’m sure you know that the McMurtrey Cover-up began on December 20th, 2016 when I sent this email to SPD Public Information Officer Shane Phillips. At that time, I even went as far as to warn Phillips that I had copies of the IA Cases, hell I even warned the OPO, OPOC, and City Council. But SPD and Mayor Condon continued to try and hide the McMurtrey case and others. 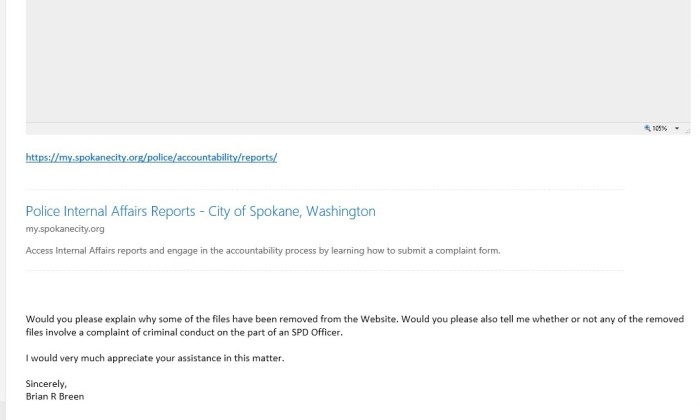 I explained part of the continuing cover-up in this story, Mayor Condon withheld documents from me and from the public for a period of five months. It is important to understand the documents were only released to me because of OPO Logue’s email documenting the fact that the City Clerk had received the OPO documents FIVE MONTHS prior to them, being released. I am still waiting for the rest of the documents I requested, which will be another story in and of itself.

Notice in the above story I stated this;

To show you why Mayor Condon and Craig Meidl wanted the documents held back I will point out some very important things, and still maintain my own hold backs.

You DO NOT HAVE 90 minute meetings regarding an IA Case “recommendations and findings unless there is a big, big problem. Keep in mind that Meidl knew damn good and well a year ago on Thursday June 16th, 2016 the Public seeing the Body Camera Footage would be a huge setback for SPD and him personally. Compare Meidl’s press conference, and later media statements to what his knowledge at that time about what would happen.

So, what transpired in that meeting? We will see what if anything Meidl and Logue have to say! 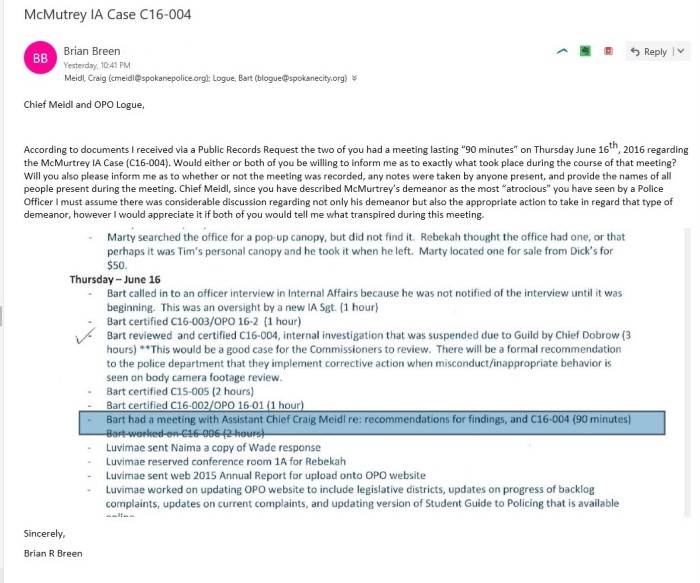 Apparently OPO Logue had to battle to get Body Camera Footage that SPD had deleted in the McMurtrey Case. This is important from the standpoint of trying to determine just how much SPD is giving the OPO and how much they are hiding. As I have mentioned previously when the Public sees the Body Camera Footage of the Officer John O’Brien case they will be appalled, and beyond that let’s hope the BC Footage of this shooting which as I have alluded to before and even talked to Ozzie about contains considerable officer statements about using non-lethal force prior to Lesser pulling the trigger.

As I have mentioned a number of times if you do a PRR and you receive documents which have been redacted based upon Attorney Client Privilege, it is always a good idea to appeal the ACP redaction. In the case of the City of Spokane the first appeal is via the City Hearing Examiner which was a process set up as a result of one of my earlier PRRs. Beyond the City process the appeal can also be made directly to the Superior Court if you aren’t satisfied with the Hearing Examiner’s decision.

I of course did appeal the ACP redactions that were made in the OPO Documents I received and as you can see the City backed off and provided me an interesting un-redacted copy linked below. 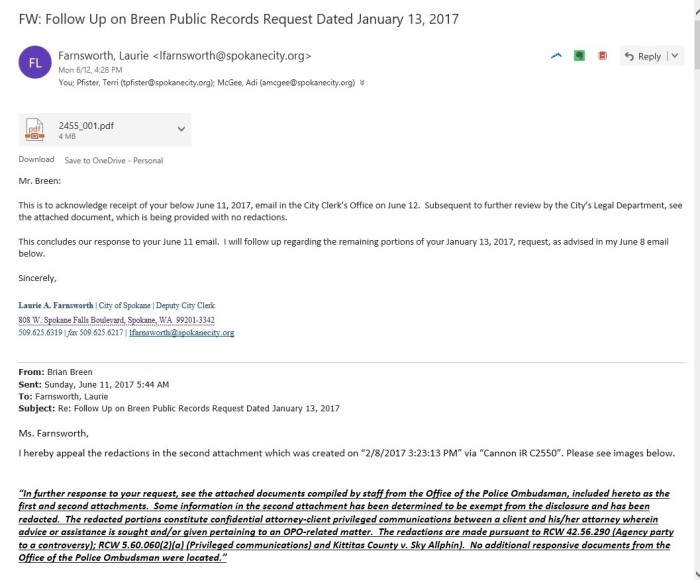 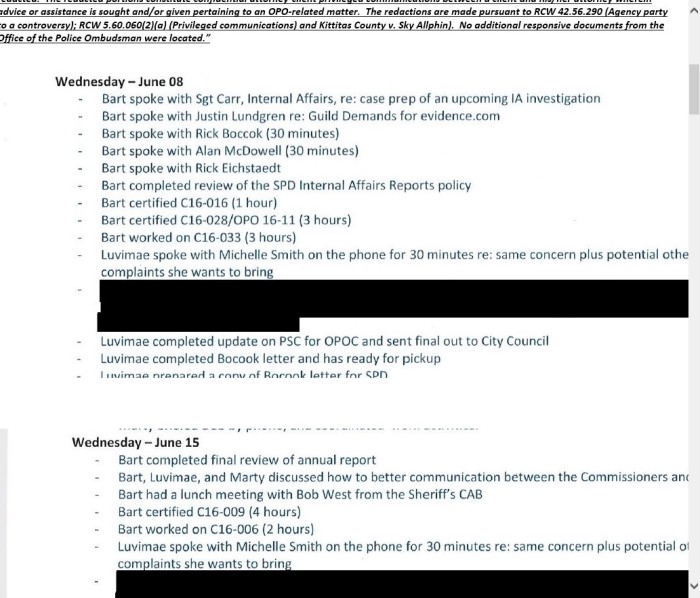 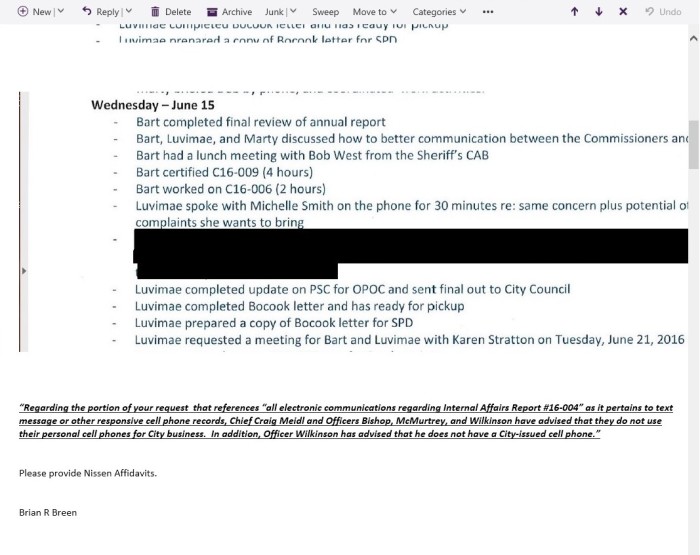 Unfortunately, from an ethics standpoint there is lots more coming folks!