Because of my criticism of this Daniel Walters Inlander Story;

I thought it was important to start capturing some intel on the other side’s “allies” just in case WWIII breaks out.

I will try and do this story in a coherent way so that folks that have been reading my stories for years might be don’t have problems, and I’ll let folks decide on my inability to discern context or intent. 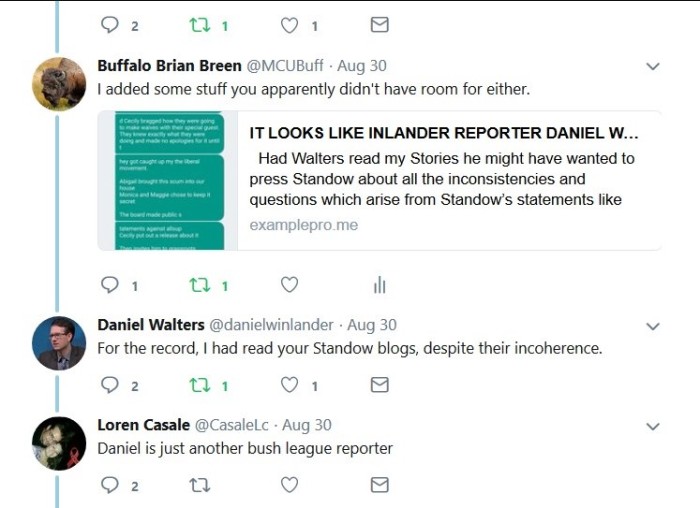 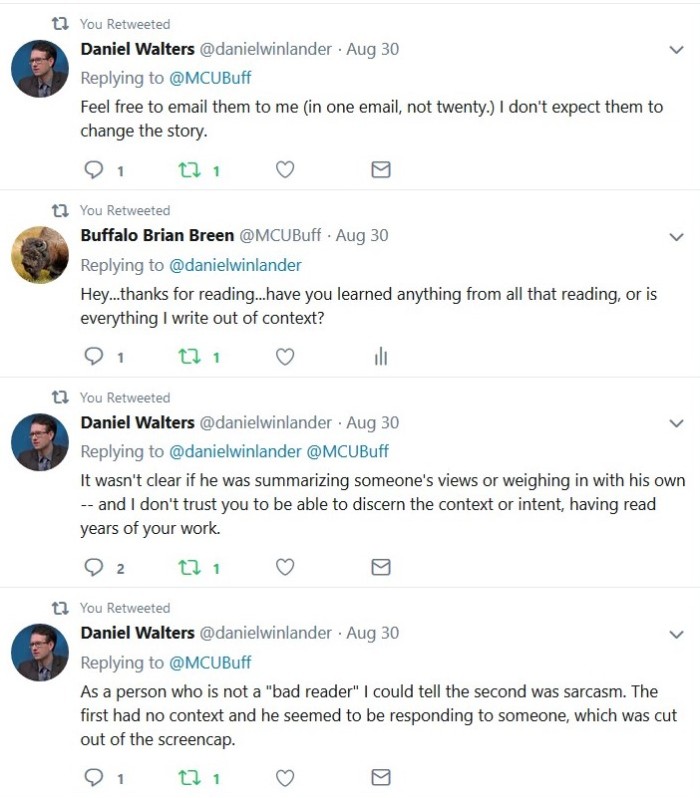 I do have to admit that I was somewhat lazy as far as this story is concerned because I didn’t go completely through all of the opposing sides available intel, but as an advanced Anacapa Sciences  trained Intelligence Analyst I feel confident I obtained enough intel to establish a numerical probability estimate to establish that my hypothesis and inference is true. 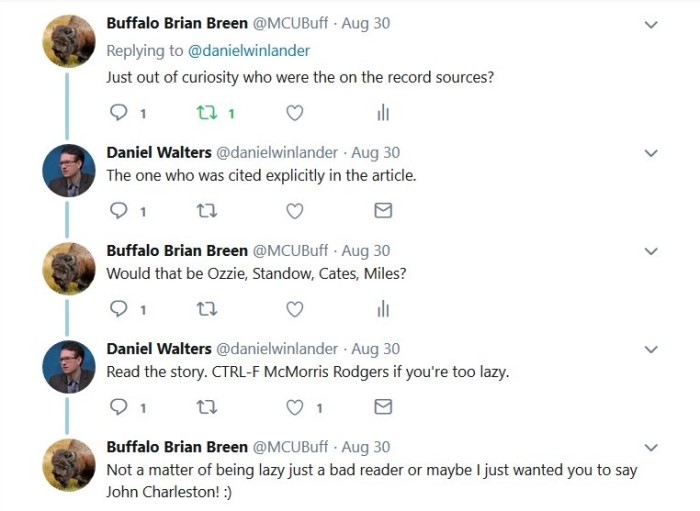 DARN IT! The paragraph above might be to incoherent for some of my longtime readers like Daniel Walters, so maybe this will explain it better:

If you have done Intelligence work in the Military and Law Enforcement you know full well that it is important to spend a lot of time developing links between individuals who are the enemy or criminals and produce a product known as a “Link Analysis” which is utilized to show a very clear picture of associations, so I have to admit I was lazy again and even though I have the software I didn’t bother to spend the time doing that for this story as I think the associations and relationships are real clear. Back in the day “Link Analysis” had to be done utilizing phone tolls, wiretaps, surveillance, and a bunch of other stuff. In today’s world however it becomes relatively easy simply by tracking Facebook, Twitter, and other social media.

According to Daniel Walters I have “allies” and belong to some “group”: 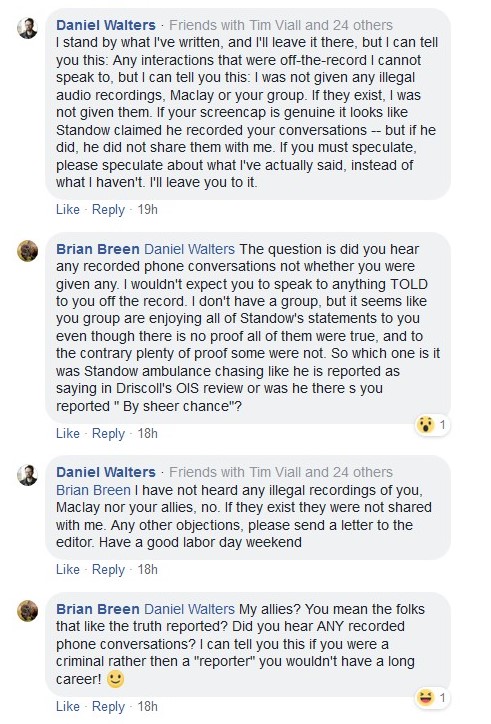 It is always nice to have “allies”, but I’ve never really belonged to any “group” other than the Marine Corps, and the Spokane Police Department so I’m not sure what young Daniel means by “group”. Since I have never met Scott Maclay, or any of the other people apparently in my group nor have I ever been invited to a group meeting I must assume that whatever group it s I belong to they aren’t very well organized, at least at this point.

I don’t think anyone can question the fact that young Daniel Walters belongs to at least one group, and that group would be the Main Stream Media. One thing about most of the MSM I’ve noticed is that they are kind of like a group I used to belong to… Law Enforcement… if something stinky happens they circle the wagons and because they are all good “allies” come to each other’s aid. The difference is that when Law Enforcement does something stinky because there is some oversight they can get in big, big trouble. On the other hand, the MSM has almost no oversight whatsoever so they have it made as far as I’m concerned.

So now let’s take a look at just a small portion of young Daniel Walters “allies” and “group”, which are made up of at least one “Dirty, godless, hateful journalist.”: 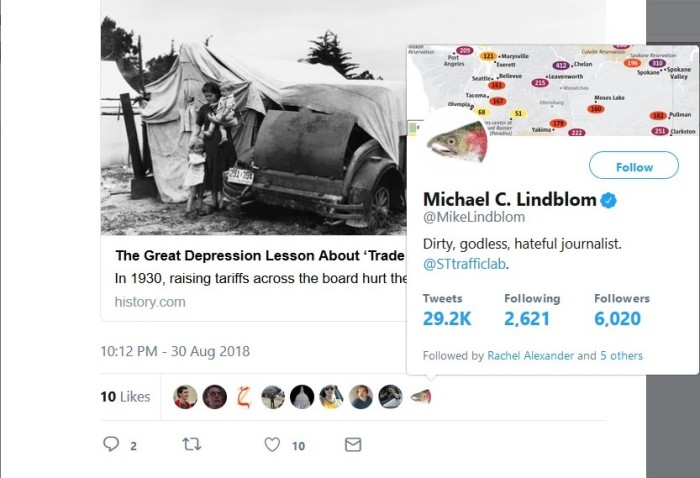 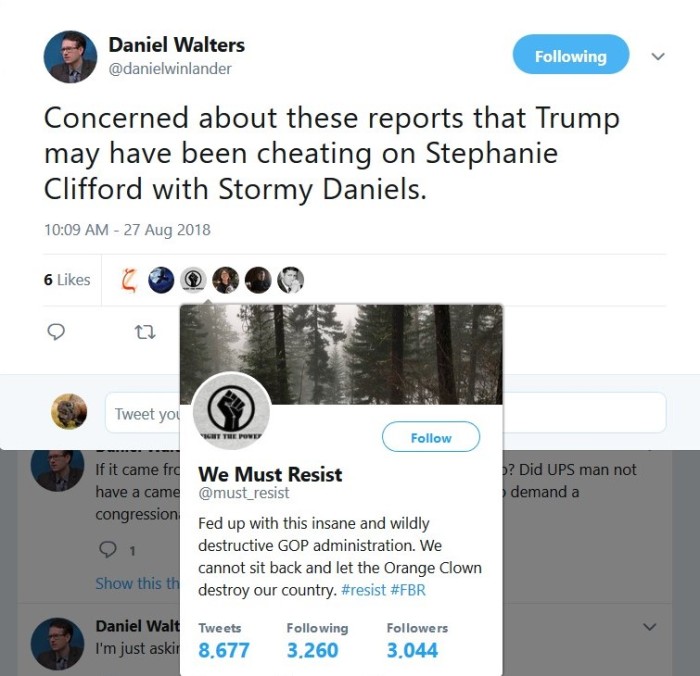 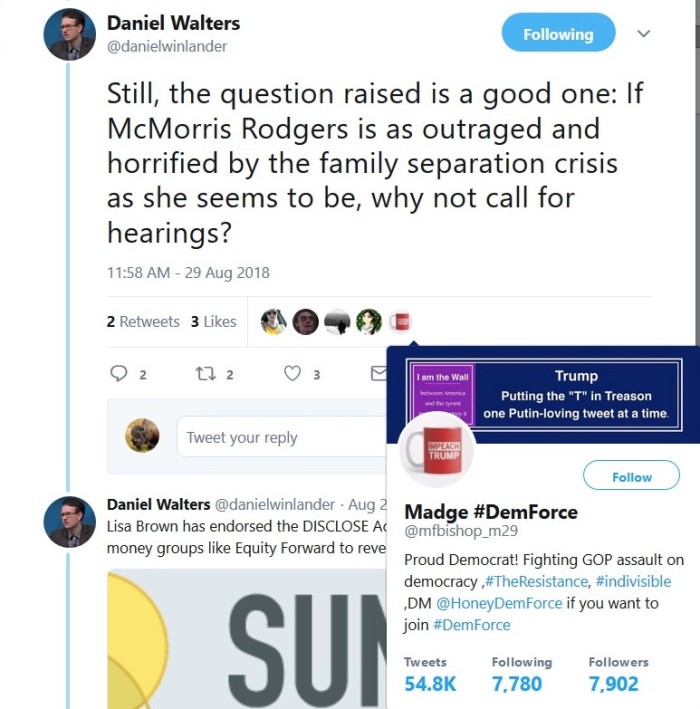 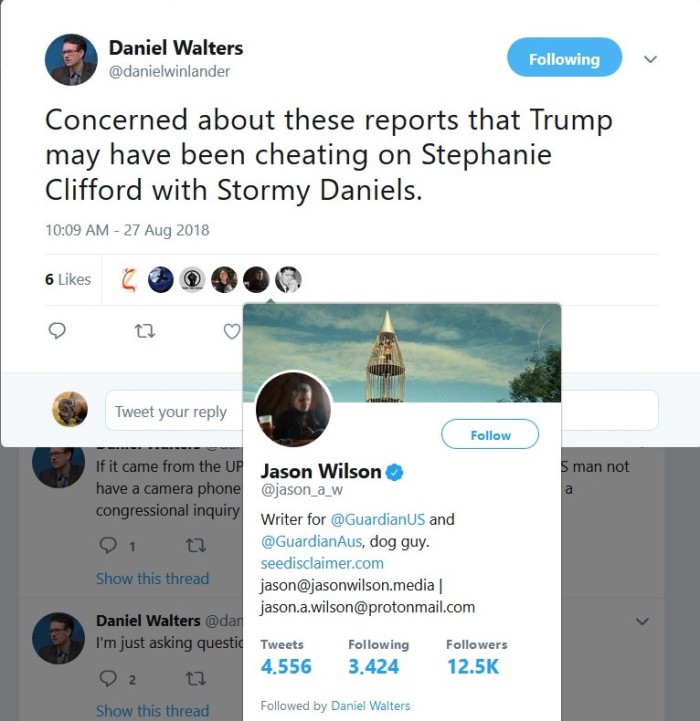 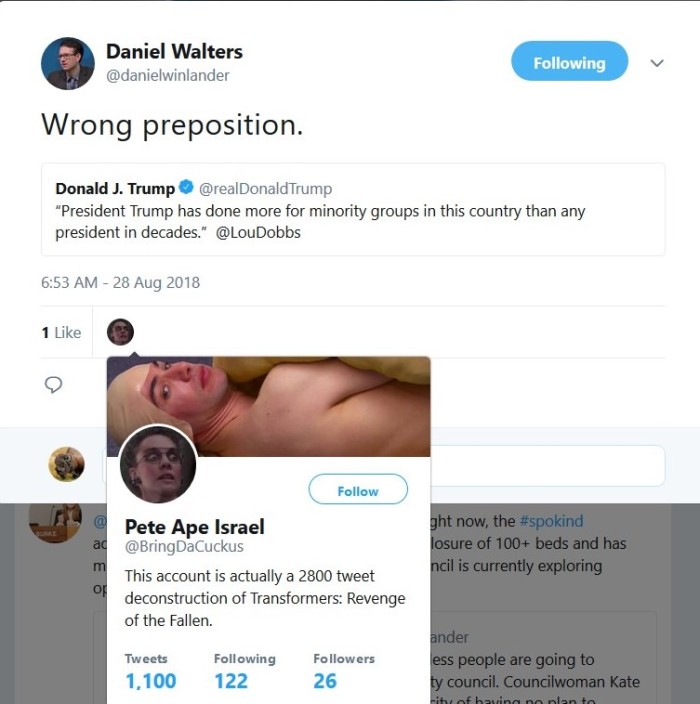 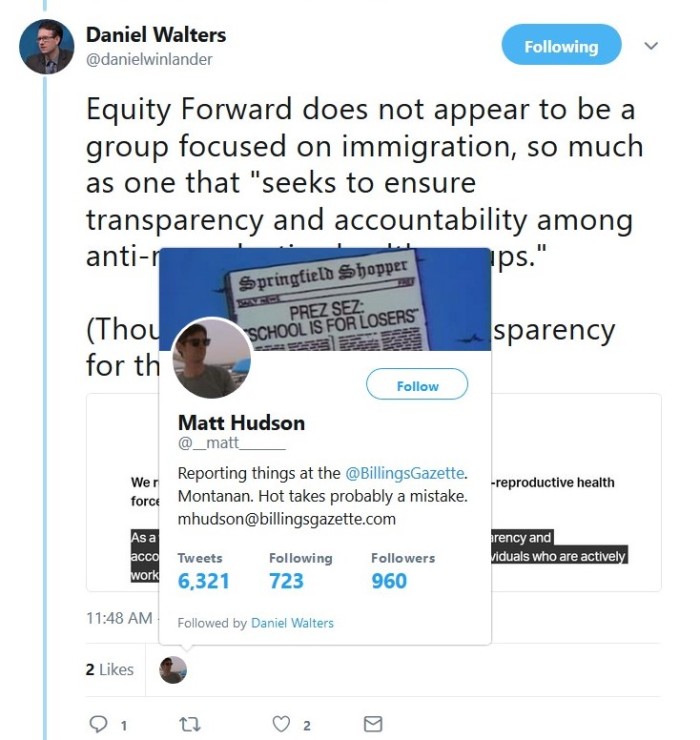 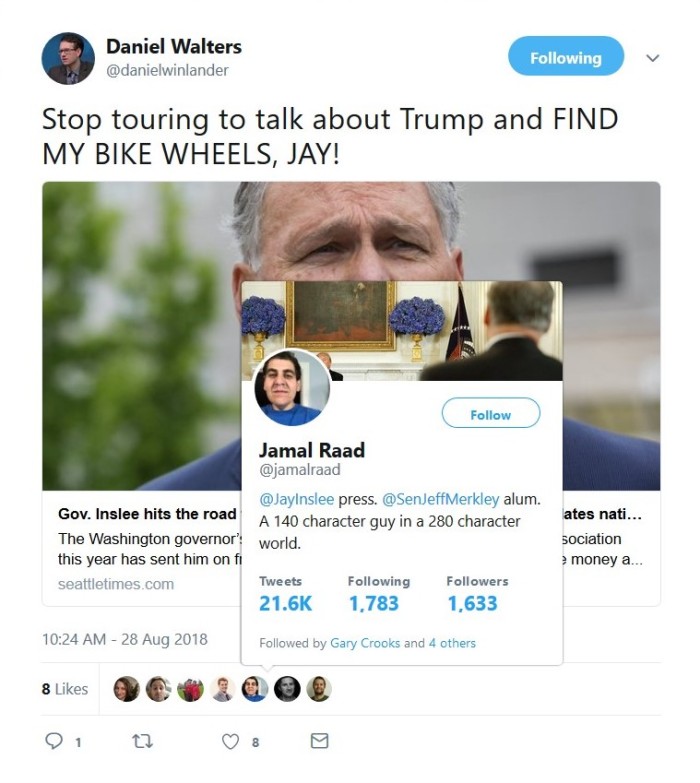 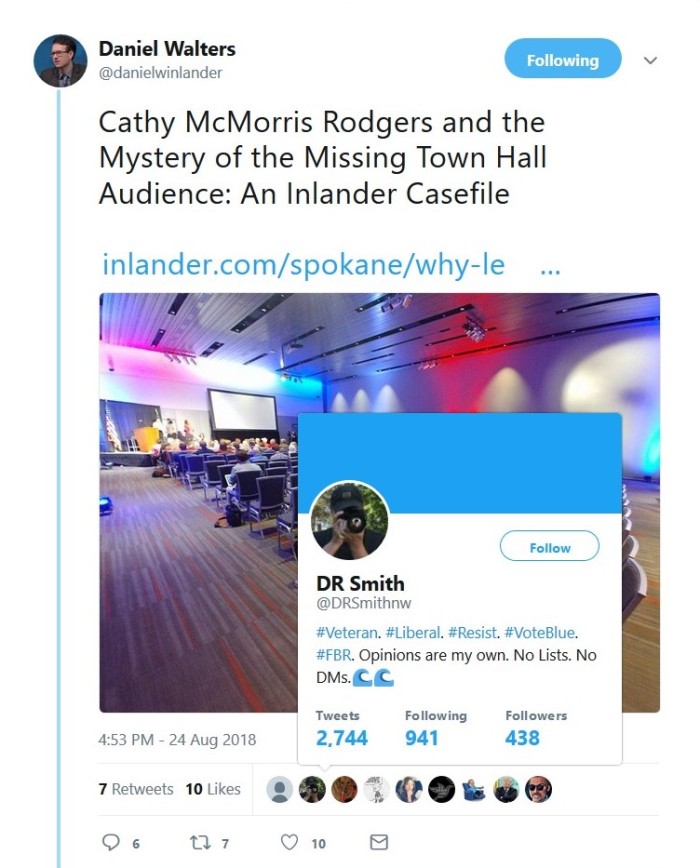 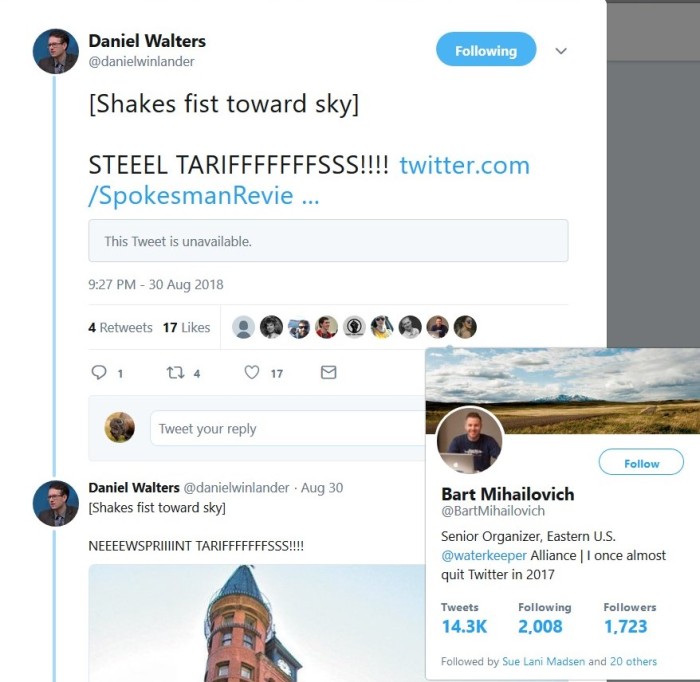 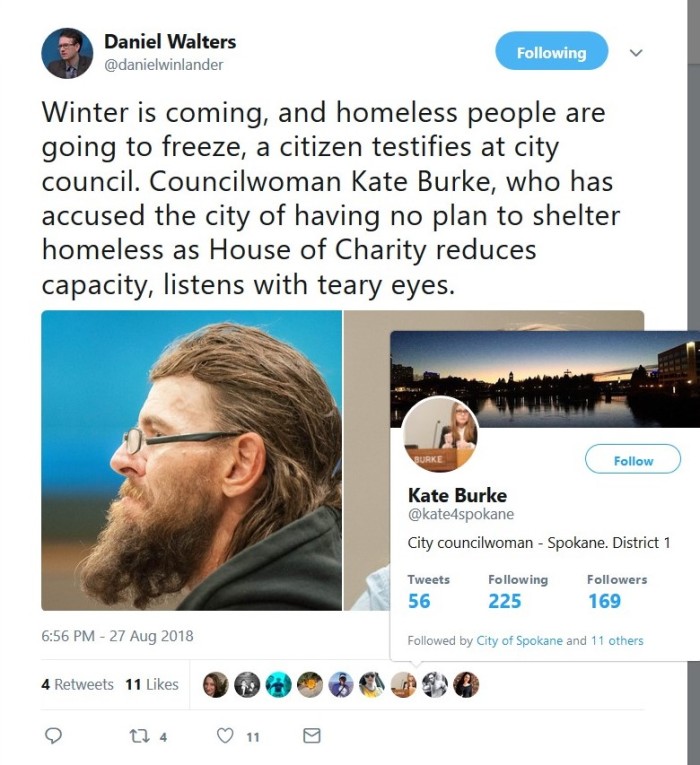 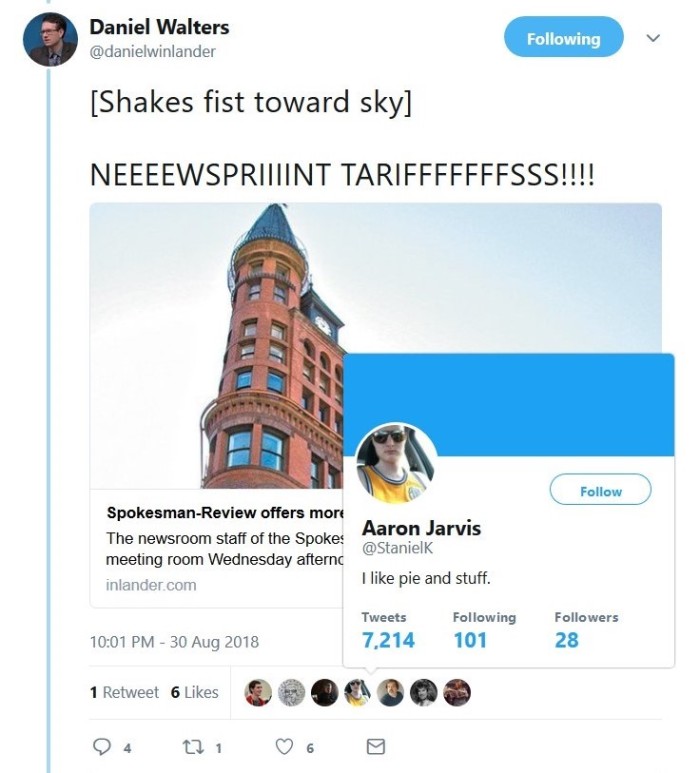 I don’t think there is any question that the majority of Daniel’s allies are of the Progressive/Liberal persuasion and there is absolutely nothing wrong with being of that persuasion, but that fact does give my allies some idea of what we might be up against should we have to hit the beaches.

If you were to spend the time and energy to go back and look at Daniel’s posts and retweets I’m pretty sure that you would come to the conclusion that he is of the Progressive/Liberal persuasion who is definitely not a fan of President Trump, CMR, which of course is fine unless as a reporter, not an opinion writer, you see the opportunity to seize through an unreliable source a story that without question will put folks of a persuasion opposite of yours in a bad light.

Walters did according to him “Tbf” to Kellyanne Conway after frequent conservative critic Shawn Vestal posted something about Conway’s falsehoods made the point that Conway has a lot to be proud of for being the only one on Trump’s campaign team not to be indicted, arrested, or jailed. Was he trying to be fair to Conway, or just expressing his disdain for anything Trump? 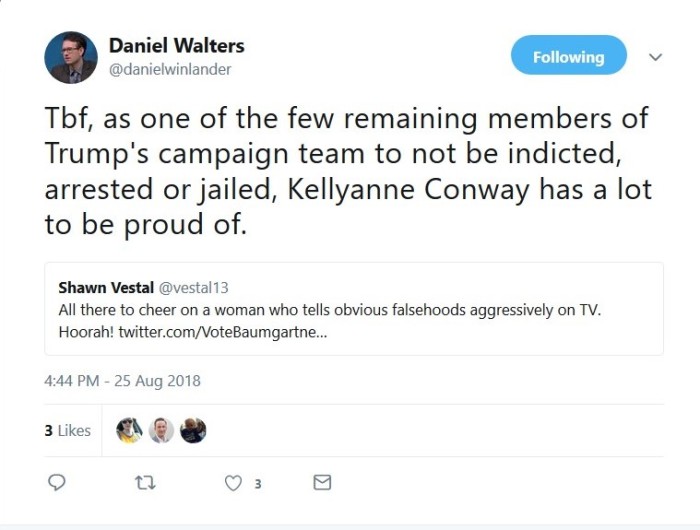 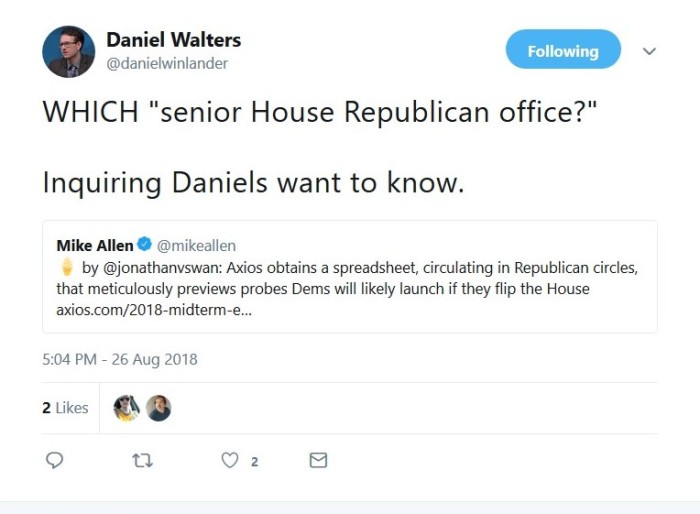 Okay…Okay…I admit it! I did string young Daniel along or a bit. Just so you know Daniel I wasn’t the least bit worried about Standow recording me, I might not be the sharpest tool in the box, but I do know Standow is the type of unreliable person you don’t put yourself in a position to record you, or for that matter be a sole source for a story, especially with claims that someone told him they were going to kill someone. I have never spoken to Standow, on the phone or otherwise.

If you have any objections to this this story Daniel Walters, please send a letter to the editor.