Is the Condon Administration feeling Trapped????

It certainly appears that way, not that I would try and trap anyone to get to the truth, but as you read this it sure makes one wonder if they are feeling trapped.

Readers might recall that I have been making a concerted effort to obtain cell phone messages between the players in the Cotton/Straub and Lynden Smithson cases.

Here is a small portion of the background:

For some Reason Terri Pfister seems quite reluctant to provide me with a list of City Employees who use cell phones which taxpayers like myself pay for. The reluctance to do so may well be this City Policy.

As you can see from the policy in order for us to pay for city employee cell phones they are supposed to enter into a contract which provides the City with the authority to audit the private cell phones we pay for.

Here are a couple of things to take note of in the policy:

As you can see from the email string below, I am trying my best to remove the veil of secrecy in the Condon Administration, a battle I will continue. 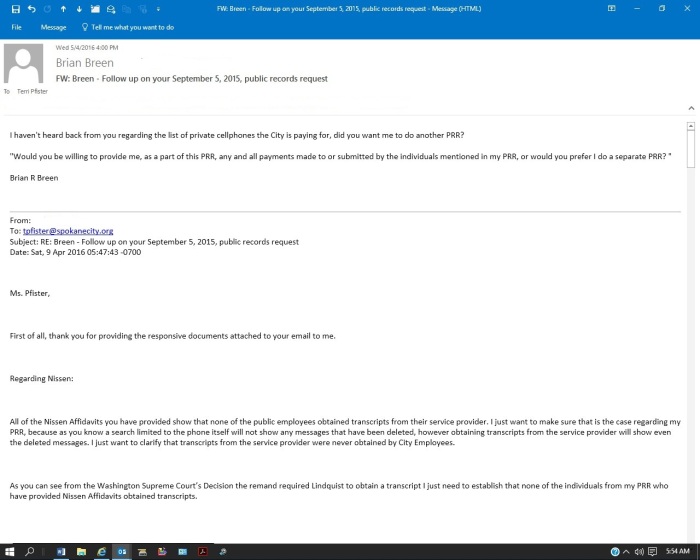 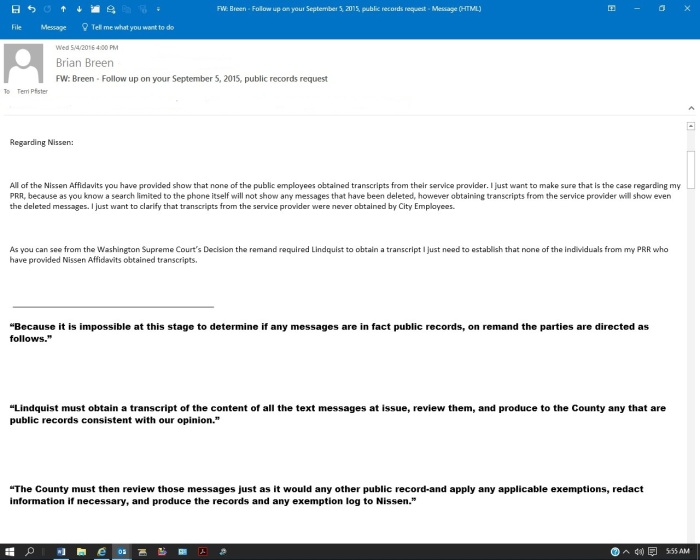 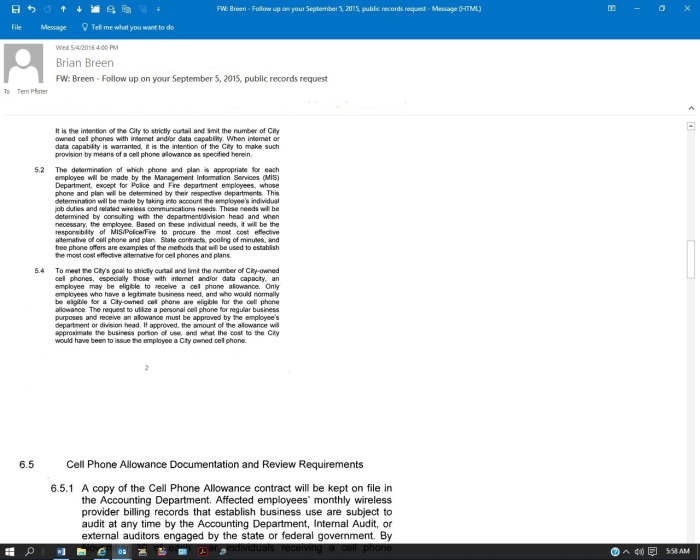 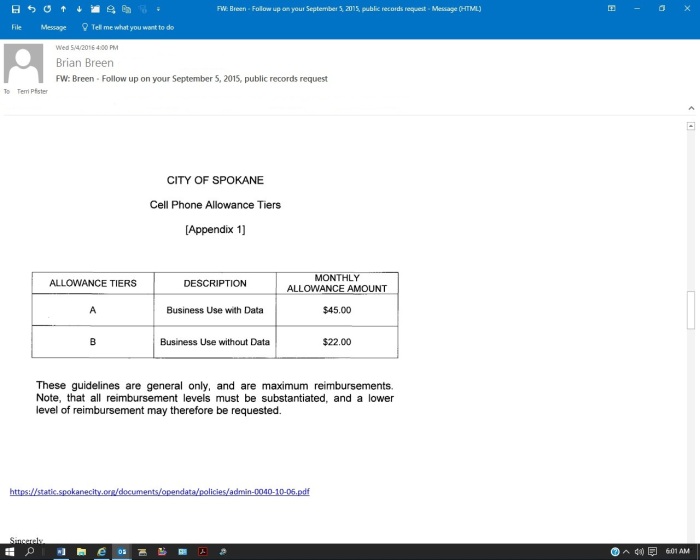 I want to point out that I do copy the City Council with some of my efforts at transparency, and often request comment. There are some that are quite good at responding, and others not so much. One of the individuals that is pretty good about responding is Councilman Mike Fagan and although I don’t often agree with him so far he has been quite open with me, and that is a good sign!

I am still waiting to receive the response for the PRR I submitted to the County Prosecutor for all the documents in their posssesion regarding the Mel and Lydia Taylor Case.

On a side note, I have been asked to comment on the situation reported in the SR here;

as they are aware that I have some inside stuff with respect to why Condon was PO regarding COPS. It goes far deeper than what was reported, but since Rachel Alexander has stated she will be doing a story on an aspect of the issue, I will let her go first.

I should note that during the Q&A Rachel, Mitch Ryals, and myself had with Justin Lundgren and Craig Meidl, I did confront Lundgren regarding his APPOINTMENT to the rank of Major, assuming Rachel has some of the info I have it could be an interesting story.

Going over the tape of the Q&A there is some funny stuff in there including a comment by Rachel that makes this song from my era run through my head every time I review it. J