Well…No claim of the “Ongoing Investigation Exception” but close!!

We continue to work on your request, and I anticipate providing you another update on your request in approximately 45 days, or on or about April 8, 2016. 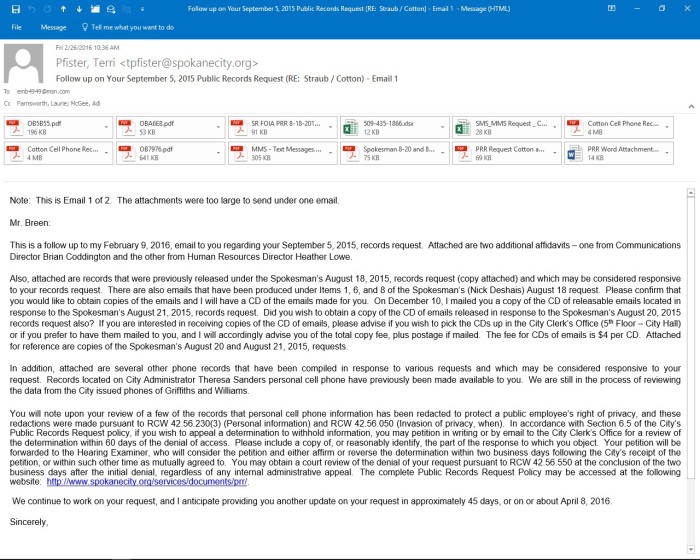 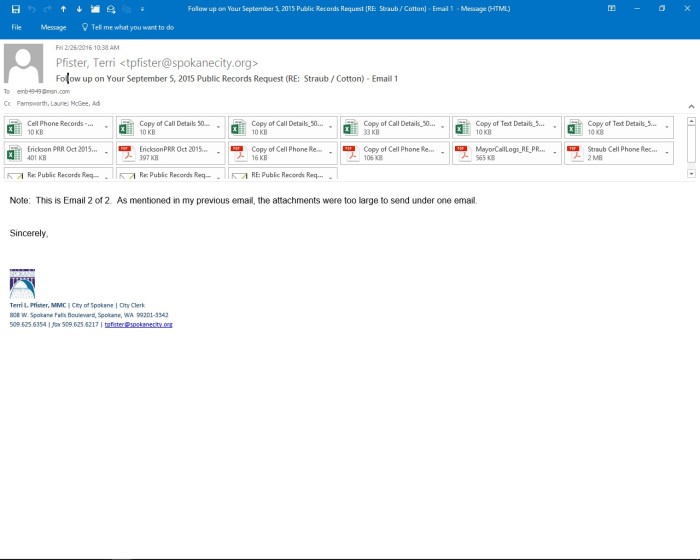 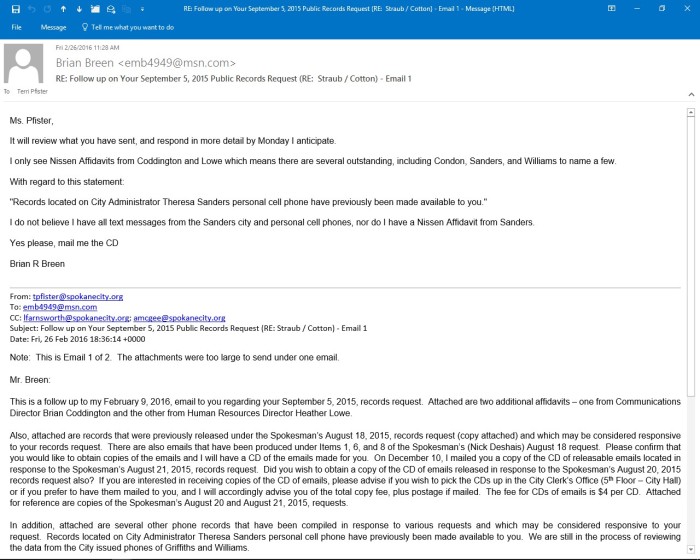 Also, attached are records that were previously released under the Spokesman’s August 18, 2015, records request (copy attached) and which may be considered responsive to your records request.

Well…hell yes they were, and if I had them, when I should have, I would have reported lots of interesting stuff that the SR did not!!!

Here is some of the “previously released” records I didn’t get:

I am just going to hit a couple of highlights from the records I just received. The City Council members that read my stories should take note and especially Council President Stuckart it was his City Ordinance that was passed.

“McGregor has an IP camera on Dutch Jake park”

What is an IP Camera? You can buy your own here if you want!

Who is McGregor? He is a member of a little known SPD Unit.

This one is funny to me. I have pointed this out before, and all of the Spokane Media folks know that if the SPD or SCSO want positive press there go to guy is Jeff Humphrey from KXLY, whose son is a SCSO Deputy. So Jeff Humphrey gets lots of early and inside tips. This text message says it all.

To be perfectly clear there is absolutely nothing wrong with a mainstream media reporter developing information sources. You just have to use caution that your own biases don’t interfere with your reporting. Although in my opinion I sometimes see what I consider a hint of bias on Humphrey’s part, IMO overall he offers a fair perspective, and there is no question he does make some local reporters jealous.

FYI Jeff Humphrey has been notified about warrant tomorrow and will call Lydia for details on where to meet at 1pm. Torok, you suggested Gardener? He knows nothing more than that we are serving a warrant.

Records located on City Administrator Theresa Sanders personal cell phone have previously been made available to you.  We are still in the process of reviewing the data from the City issued phones of Griffiths and Williams.

Yes, Terri but I still don’t have a Nissen Affidavit from Sanders, or Condon, or Fire Chief Williams, and the others and by golly it has been quite a while.

Included on the last page of Terri Pfister’s second email from yesterday was a copy of Frank Straub’s response to her shotgun email after my email back in September of 2015.

Since Frank Straub is no longer with the City I’m sure we will never see a Nissen Affidavit from him. Also since he is gone from the City there is no way of getting him to cooperate with the City Council “Independent Investigation”. You might recall while he was Chief of Police here in Spokane he refused to cooperate with a similar investigation being conducted in Indianapolis. The question of course is; Was Frank Straub being truthful in his email to Terri Pfister, back on Wed, 16 Sep 2015? It doesn’t look that way!

As previously indicated I do not have any personal emails, phone messages or text messages related to this matter Sent from my iPhone

Passing along Mr. Breen’s email below.

I also received copies of toll records that apparently a Reporter names Erickson requested some time ago. The is lots of good information in those toll records but my suspicion is that once the reporter got the documents he looked at them and said “Holy Crap…what do I do with all this!”. I wonder if I’ll get a call from someone wanting to borrow my link analysis software?