Yes, in fact everyone close to the investigation knows Arlington Richards is gone, and the County is even advertising for his old job, but at this point they don’t want the rest of the public to know why he is gone.

As you can tell from this email exchange between myself and former Lewis and Clark High School Classmate, the Richard’s thingy is something the County really wants slow walked, which is not surprising, but I can’t help but wonder if the County is also going to try as hard as they can to keep another pending termination from the Public.

So how much is dishonesty, mismanagement, and threats costing we taxpayers? It is hard to tell at this point but at least $255 Bucks an hour. 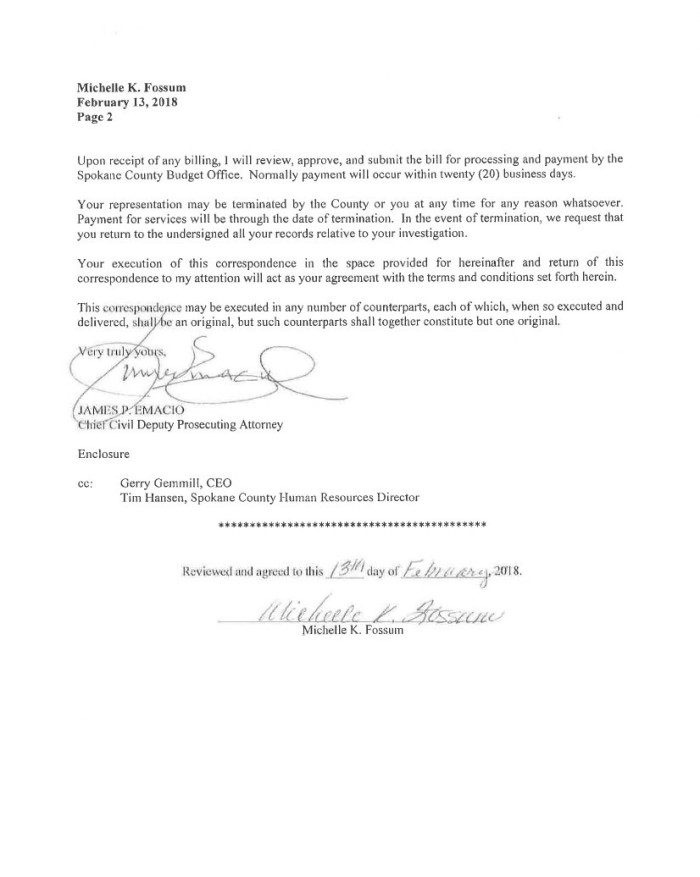 People may have forgotten that during Phil Tyler’s lawsuit against the County Ozzie helped his buddy out resulting in a $100 thousand-dollar settlement with this statement in Ozzie’s deposition accusing his jail staff of being Racists. This fact I might add has without question been a subject of the Fossum interviews during her investigation. One would have to assume Ms. Fossum has studied the entire court file in the Tyler lawsuit as the depositions of the Wizard and John McGrath are very telling, despite Ozzie’s AML (Administrative Memory Loss) during some portions of the deposition.

Needless to say, there will be quite a bit more coming out on the BOCC’s contracted investigation of the whole jail mess, but as usual getting Public Records will be like pulling teeth because they make a lot of people look really bad.

In Other Investigative News:

Sheriff Knezovich’s surrogate investigative team of Bob West and Barb Howard (W&H Investigations) continue their task of digging up dirt on all the deplorables including myself, trying to emulate real investigators by using fake Facebook Accounts, PRRs, and interviews of folks who they think will have some dirt. It should be fun for a number of people since neither West nor Howard are “Judgement Proof”, and the County is a “Deep Pocket”.