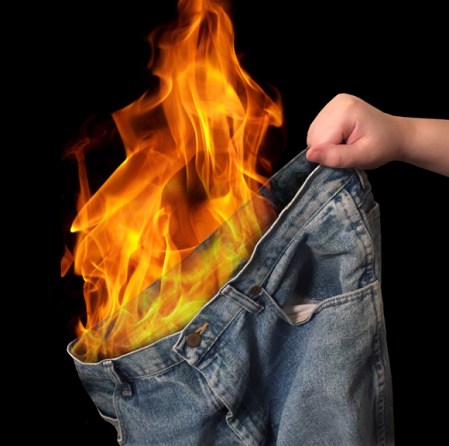 Daniel Walters of the Inlander did a good job exposing what many in this Community have known for years and have watched with disgust as Sheriff Knezovich uses Phillip Waine Tyler to make himself look good in the eyes of the African American Community in particular and the Local Community as a whole, and Tyler uses Knezovich to further his own self-serving agenda. To this day, Knezovich refuses to publicly admit what he knew and when he knew it, no longer to protect Tyler but simply to try and protect himself. Along with John McGrath, Tyler is under the bus as the County “Independent Investigation continues.

***In 2016, Sheriff Knezovich wrote a letter strongly endorsing Tyler for the City Council slot. But back then, he says, he didn’t know about the long list of domestic violence allegations.

After the Inlander met with Knezovich, the sheriff dug into police records. He was disturbed to find the 1992 domestic violence arrest — something he’d never been told about — on Tyler’s record. Knezovich has fired deputies for domestic violence before.

“Today, Phil doesn’t get hired [as a sheriff’s deputy] because of this background,” Knezovich says, motioning to the arrest records. “It’s sad. We have somebody who has great potential, but has this in his background.”

While Knezovich says Tyler could be controlling sometimes, he’s never known him to lose his temper.

“If this is true — this is not the guy I know,” Knezovich says.

It is important to understand that that Law Enforcement Administrators lie to the Media all the time, it is SOP/CYA. On the other hand, lying in statements to other law enforcement agencies, or in arrest reports is against the law.

The disgust I mentioned earlier finally reached the point that other people, mostly women, started to come forward when the Knezovich and Tyler “Dog and Pony Show” was presented by Lutheran Social Services.

The “Dog and Pony Show” resulted in this Social Media Post which has since resulted in people finally listening to what I have been saying to people, including Community Leaders, and writing about for years, and well prior to 2016.

True to his MO Sheriff Knezovich, three weeks ago in an effort to protect his buddy Phillip Tyler, launched this Social Media Threat which didn’t scare me, the victims, or the female detention staff off. 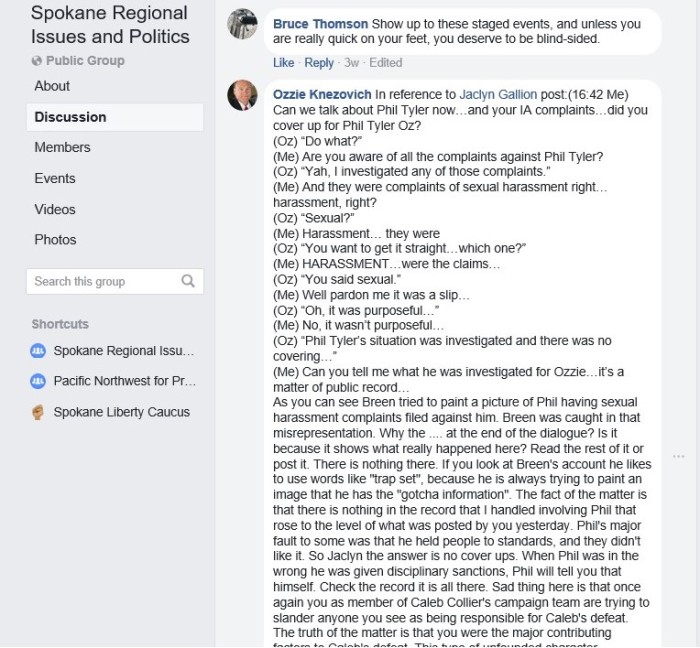 Ozzie is currently in damage control mode contacting anyone he thinks he can turn to his side by once again trying to defame, not only me but others, and all the people he has contacted have become witnesses. To quote the Wizard… “I would say defamation and libel suits are most likely in the works on this one.”

For some reason Council President Ben Stuckart, despite two voice messages, and this Facebook Post hasn’t bothered to contact me…. gotta wonder why, I’m not a Conservative… just a Curmudgeonist seeking the truth?

***”He has a violent history which I know about firsthand. I lived with domestic violence from him starting in 1986 as his 18-year-old wife,” Chloe Senger wrote in a 2016 email to Council President Ben Stuckart, recently obtained through a public-records request. “We divorced in 1990. I felt, at the time, it was useless to report the abuse because he was an Air Force police officer.”

For public officials, it’s tricky to know what to do about such allegations. In 2016, Chloe emailed her warning about Tyler to Council President Stuckart, while her mom warned her own city councilman, Mike Fagan. Both Chloe and her mom left an online comment alleging abuse on a 2016 Spokesman-Review story about Tyler.

Chloe says she never heard back from Stuckart — though Stuckart insists he called her and was upset by what he heard. Nevertheless, while Tyler wasn’t appointed to the council, neither Stuckart nor Fagan say the abuse allegations influenced their choice.

But contacted last week about the recently surfaced claims about Tyler, Stuckart wrestled with the tension between the seriousness of allegations from three different women and not letting a person’s past dictate his future.

So how long have I known, as you can see long before these Ozzie/Buff Episodes, and I gave fair warning to folks who refused to listen.

Exactly how much has the Knezovich, Tyler, McGrath show cost us taxpayers over the years and how much in the future? That will be a hard one to calculate, given all the time spent investigating Tyler, defending his lawsuit, and most recently the current investigation…but we might as well give it a shot…right Oz?

Wonder where the SR is on this one? 😊