This afternoon I received a copy of Sheriff Ozzie Knezovich’s deposition in the Ryan Holyk Case. It will take me some time to carefully go through it and once I’m done I will report on it, with comment.

Thus, far two things have become clear to me.

First and foremost, what I believed to be true from the beginning, and that is that Deputy Joe Bodman is a truthful honest cop, from an honest family who made a terrible mistake he will live with for the rest of his life is true, and his mistake won’t in any way prevent him from continuing to do the good job he loves as one of OUR Spokane County Deputy Sheriffs. As a retired Cop, I can’t help but think of the old proverb; “There, but for the grace of God, go I.” I’m sure other current and retired Cops would agree.

I became even more confident of what I would find when I read this Inlander Story.

Mike Mauer, the attorney for the Holyk family, says he decided to dismiss Bodman from the lawsuit after meeting privately with the deputy and his lawyer. Bodman “provided helpful information and confirmed important information,” Maurer says, but would not elaborate on the details.

Secondly, this statement is pure unadulterated BALONEY, for lack of a better term!

Knezovich said he would have preferred to go to trial rather than settle.

“I feel that this should have gone to trial because that is the only way the facts come out in totality,” he said. “I don’t make that call.”

No Police Department Administrator in their right mind would want to go to Court, get on the witness stand in public, and testify again under oath to what Knezovich testified to in the deposition. 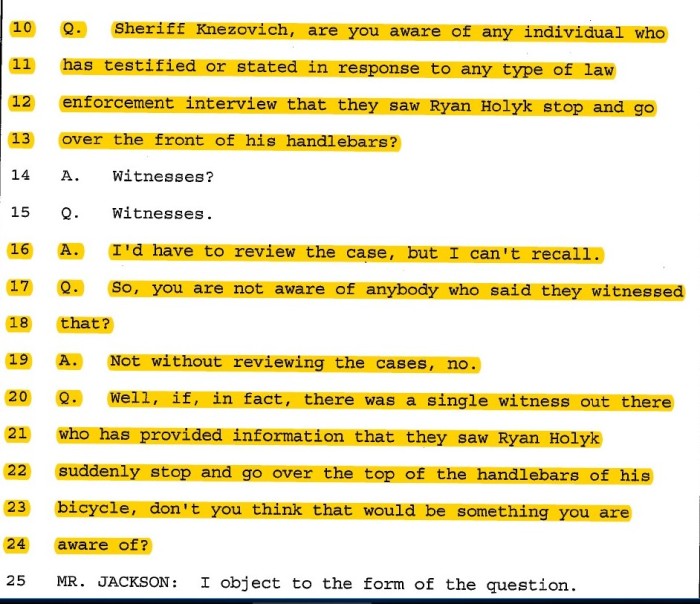 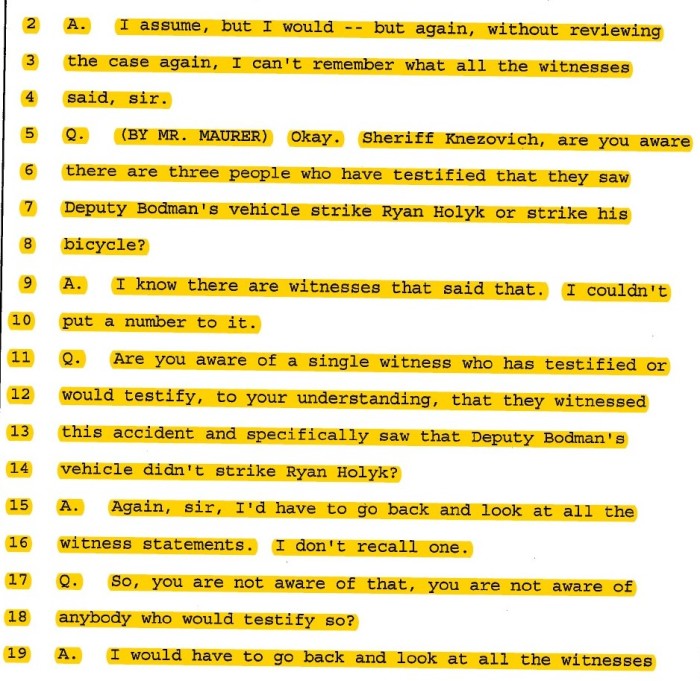 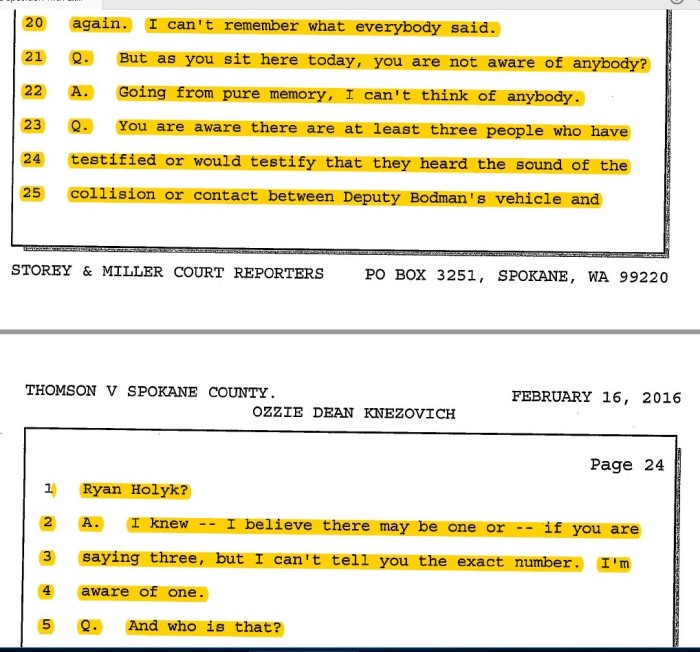 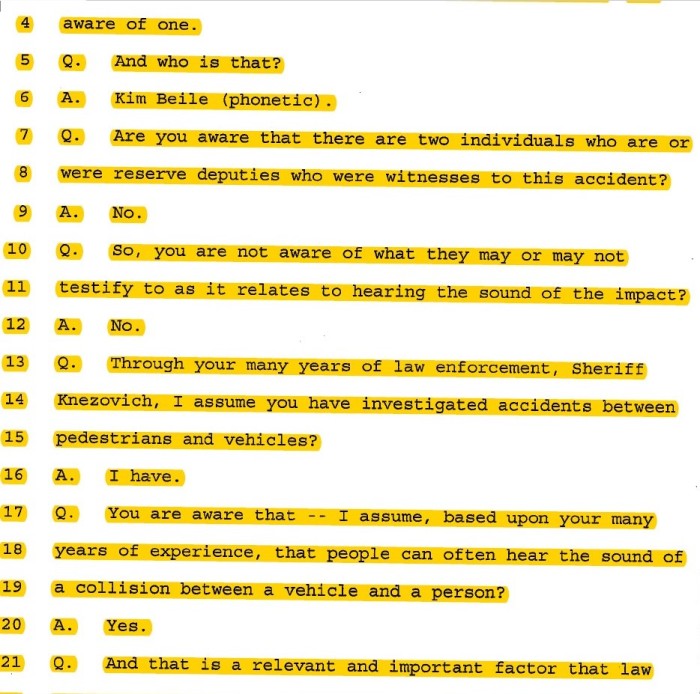 I REPORT YOU DECIDE AND THIS ISN’T HSS!!!!

3 thoughts on “UPDATE REGARDING KNEZOVICH DEPOSITION IN HOLYK CASE!!!”