Yes, I know… “RIGHTMINDED” might not be a totally accurate description! 🙂

It was very nice to see that one City Councilmember Karen Stratton listened to her constituents, the Citizens of Spokane and actually studied the issues surrounding Mayor Condon’s choice of Craig Meidl as Chief of the Spokane Police Department.

Apparently Stratton actually studied the issue, the information she was supplied, gave careful thought, and reached the understanding that issues with Craig Meidl went well beyond his participation in the Salute of Karl Thompson as well as the fact that Meidl did not meet the criterion established by Mayor Condon’s own Police Leadership Advisory Committee.

For those of us that have reviewed and discussed Meidl’s resume, background, and leadership abilities, all of whom have extensive backgrounds in law enforcement a number of questions were developed that would have been asked during the course of an Assessment Center made up of law enforcement professionals. To the best of our knowledge these questions were never addressed during this “Process”.

Here are just a few pertaining to Meidl’s Resume:

1) Chief Meidl what were your discussions with Mayor Condon in December 2015 regarding the direction of SPD when you met regarding your appointed as Assistant Chief of the Spokane Police Department?

1) Chief Meidl, we realize that there is a significant problem in Spokane with Property Crimes including a lot of media attention given to the high property crimes rate in Spokane. Your resume states that as the North Precinct Commander you were responsible for “Assignment of property crimes cases to investigators”. What was/is the average caseload for property crimes investigators on the department and how do they compare with standards established in previous staffing and proficiency evaluations of SPD as well as other Police departments?

2) Since January of 2016 a month after you were appointed Assistant Chief and in March appointed “Operations” Chief during the time James McDevitt was doing “something”, we are not sure what, at SPD under your leadership and using your own data reflects things aren’t going as well as crime data is concerned. Some of the increases would be considered significant. Can you explain the increases (some significand) in some of the Part 1 Crime Categories during your recent tenure in a leadership role at SPD and explain your plans to improve? 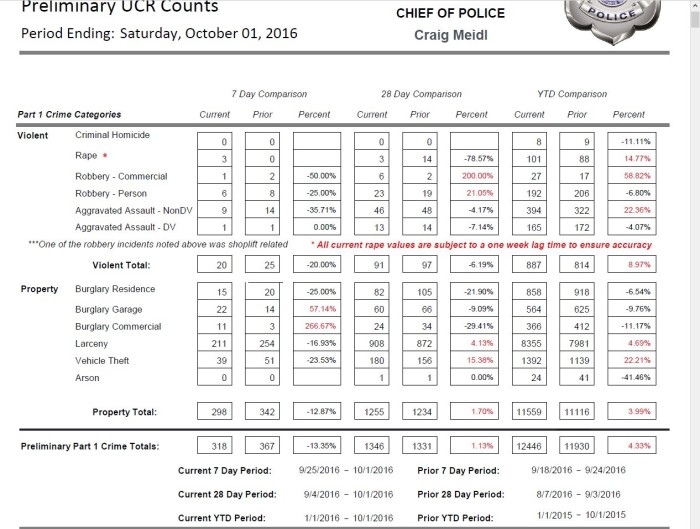 1) Chief Meidl, can you explain exactly what the “Special Ops Group (SOG)” is, what their responsibilities are, other than setting up surveillance cameras in various spots in the City, the unit staffing level, make up, and equipment they utilize?

1) Chief Meidl, you state that while you were a “Lieutenant (2007;2014)” one of your responsibilities was as a “Asset seizure and forfeiture Hearing Examiner”, can you please explain exactly what that position entailed.

2) Is it appropriate to have an internal “Asset seizure and forfeiture Hearing Examiner” when the Assets seized were by SPD?

3) In your capacity as a Hearing Examiner did you examine this 2014 case and could you explain how your wife was involved?

4) Since Councilmember Beggs is working on an Ordinance dealing specifically with Asset forfeiture and seizure will you please comment on Walker’s and Arleth’s statements in the “Walker Whistleblower Case” and the direction you will be taking SPD regarding Asset Seizure and Forfeiture?

5) How do you justify the statements you made here in light of the OPO issue?

“If he wants that authority, he’s going to have to get the ordinance changed,” Meidl said. “It’s the law, and we’re all expected to uphold the law, whether it’s labor law or criminal law.”

Noteworthy during last night’s CC Confirmation Hearing aside from Councilmember Stratton’s no vote were sound comments made by Councilmember Beggs, who rightfully abstained from voting. Begg’s pointed out just how flawed the process was, noting that the Head Hunter hired to help find a new Chief of Police did little or nothing to vet the candidates and their actions (Along with the Mayor’s arbitrarily naming Meidl) actually hurt getting good candidates to reapply. He also made it quite clear (Yet somewhat PC), at least from the perspective of many, that the final interview panels were stacked and he wished some folks would have withdrawn. Something pointed out over and over by many folks.

This is a list of the members who were on the original interview panels that did not interview Meidl.

I would hope there were some changes but at this point I haven’t been able to locate the newest panel make up. Hopefully it won’t require another PRR!

WILL THERE BE POLITICAL FALLOUT???

I would think that would depend entirely upon what transpires in the next two and half years. If major problems develop some CC folks could easily be AGAIN regretting the glowing comments they made regarding Craig Meidl, just as they did when the truth about Frank Straub finally came out.

If for example things go to hell in a handbasket Council President Stuckart, if he runs for Mayor will have some explaining to do. If things go to down the toilet early Candice Mumm will also have some explaining to do. Mike Fagan of course could care less, he is probably more worried about the Washington State Attorney General and maintaining the party line than what happens at SPD. I can’t wait to read Amber Waldref’s “Why I Voted for Craig Meidl” letter to see if she just interchanges Frank Straub with Craig Meidl. If someone runs against Lori Kinnear including LaVerne Biel, George McGrath, or Sam Vimes they will have plenty of political ammo. Breean Beggs abstaining was the right move from an ethical standpoint, but also from a political standpoint if he wants to seek election to his CC Seat or the proposed elected City Attorney.

I honestly don’t know what to say regarding the “Independent Reconciliation Process” Councilmember Beggs apparently initiated. I hope it isn’t like the Reconciliation Processes I’m familiar with from spending time in some war-torn countries, and hopefully they will have better digs. What was interesting about those places is that the “Commission on Reconciliation” was usually located in the same building as the “Anti-Corruption” Commissions or task forces. I never could figure that one out. 🙂 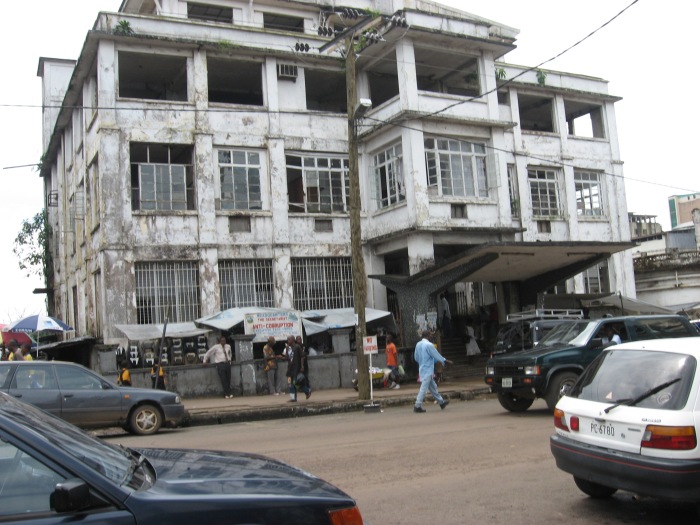 We need some of that! But did you know that up to this point there is absolutely no way of holding an individual accountable for withholding public information? Someone needs to work at changing that!

You have to love George McGrath!!!!

5 thoughts on “AT LEAST THERE IS ONE RIGHTMINDED PERSON!”