For folks that don’t recall I submitted a PRR on December 25th, 2015 (It was prepared long before Christmas that was just the day I pushed the button). That PRR was submitted to obtain information regarding a City Prosecutor, Lynden Smithson, from Nancy Isserlis’s Office whose name came up in this investigation causing him to be placed on “Administrative Leave” for five weeks.

Why is this important? Well, for a number of reasons including some of those I mentioned here.

Also because it will be interesting to compare the circumstances surrounding Arleth’s “Paid Administrative Leave” and Smithson’s “Administrative Leave”. To be perfectly clear the Spokesman Review had the same information I did regarding Smithson at the same time I did months ago but has never reported on it even though the placing of a City Prosecutor on Administrative Leave as the result of a large Federal Drug Case is certainly newsworthy, regardless of any off-the-record discussions they had regarding Smithson. The Furniture-Gate story involving Arleth has rightfully been covered to an extent, but we still don’t know all of the story and it will be the usual teeth pulling exercise to get to some understanding of the WHO, WHAT, WHERE, WHY, and WHEN.

One of the aspects of my Smithson PRR I appreciated as far as Nancy Isserlis is concerned was the fact that she did respond with a comment regarding Smithson, which I feel was a good idea. As you know from my previous stories some people at City Hall, including the City Council have refused to comment on issues of importance to their constituents. That of course is their choice, but history demonstrates that lack of transparency ends up biting folks.

So here is where we stand on Smithson, and MAYBE we will know more next week. 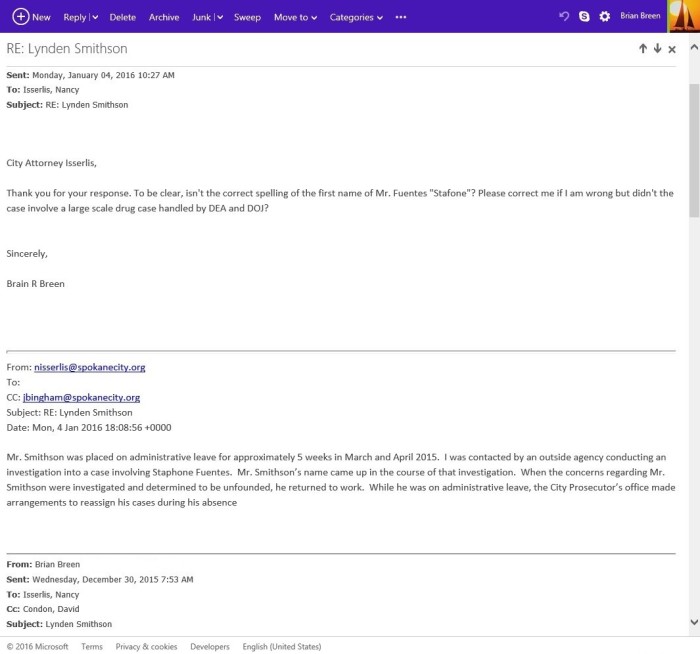 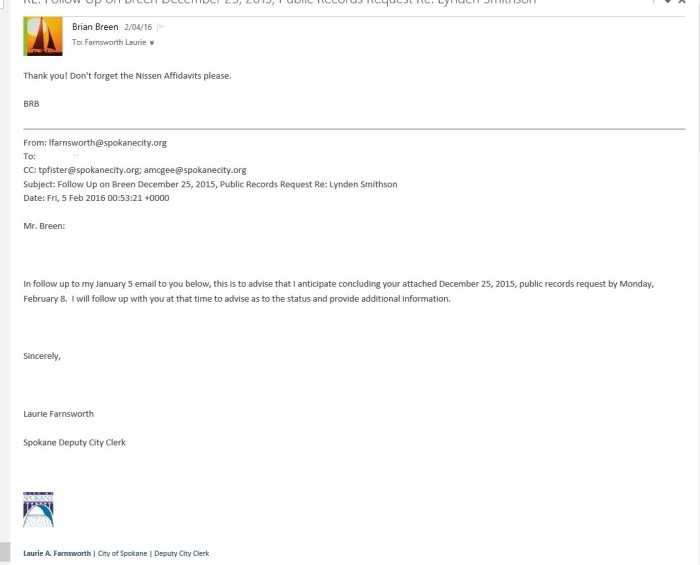