Yesterday the Spokesman Review ran this story written by Nick Deshais regarding the most recent ethics complaint against Mayor David Condon. My question is why is the SR leaving important FACTS in their stories regarding Condon?

One has to ask why Deshais once he received this quote from the complainant Sherry Jones didn’t follow-up with facts he knows to be true.

“The message went out to all departments at City Hall: The mayor doesn’t take accusations of sexual harassment or assault seriously,” Jones said. “He’s blaming Monique Cotton for his lack of due diligence in following city policy. That’s another example of victim blaming. We want him to take responsibility.”

Jones’s statement simply begged for inclusion of other facts known to the SR…like for example details surrounding the transfer of Carly Cortright under exactly the same circumstances as Cotton two years prior. Some new details surrounding the Cortright transfer were reported in the Inlander prior to the Deshais story yet he chose not to use some of those details in his story even though Jones expresses her concern about how seriously Condon takes sexual harassment. The SR and the PNW Inlander frequently use quotes and details from each other’s stories so why not this time (“penis-measuring contests”, “referring to a person who performs fellatio”)

In executive staff meetings, Straub would reference penis-measuring contests when challenged. Then he’d flop his forearm onto the table, Arleth and Cortright say.

Cortright, who had worked for the police department for more than a decade before she moved to a new job in City Hall two years ago, constantly butted heads with Straub over budgetary issues. For her, the culture created under his leadership punished honesty.

Some of the other questions that arise from the SR Reporting are FACTS known to Deshais that should have been investigated far more diligently and reported when Condon made the claim that Cotton was transferred to the Park Department because of her expertize. Those FACTS are that Condon tried to move Cotton to the Fire Department first. Deshais does mention in yesterday’s story that the SR learned in August of the attempt to transfer Cotton to Fire.

“After Cotton brought her concerns to Condon and City Administrator Theresa Sanders, there were discussions to move her to the fire department, but fire officials rebuffed the effort. Instead, they told the city administration that they “would prefer to do recruitment for someone that was better suited for fire,” as Assistant Fire Chief Brian Schaeffer told The Spokesman-Review in August.”

Deshais also mentioned the attempted Fire Department transfer here back on September 23rd prior to the election, but with NO known investigative follow-up.

Another big question is WHY the SR refuses to use FACTS that were offered to them well prior to the election and provide great insight as to what Monique Cotton’s state of mind might have been when all of this was going on?

With all of the ethics complaints and the “Independent Investigation” will we ever know the FACTS? It is hard to say at this point. Some of things we don’t know is exactly when the alleged ass grabbing and attempt to kiss took place, exactly what Condon’s interaction was with Sanders on handling the complaint, what was Sanders interaction with Lowe, Isserlis, Condon and on and on. Some of us in the media are giving it our best shot to try and inform our readers…others not so much.

Here is another episode in my continuing PRR War with the City. The key here is whether or not I will actually get affidavits from the various players in the Cotton/Straub case which the Washington State Supreme Court details in their recent decision of the Nissen v Pierce County case. I haven’t heard from Terri Pfister yet, and I understand that this move on my part is causing quite a furor down at City Hall. 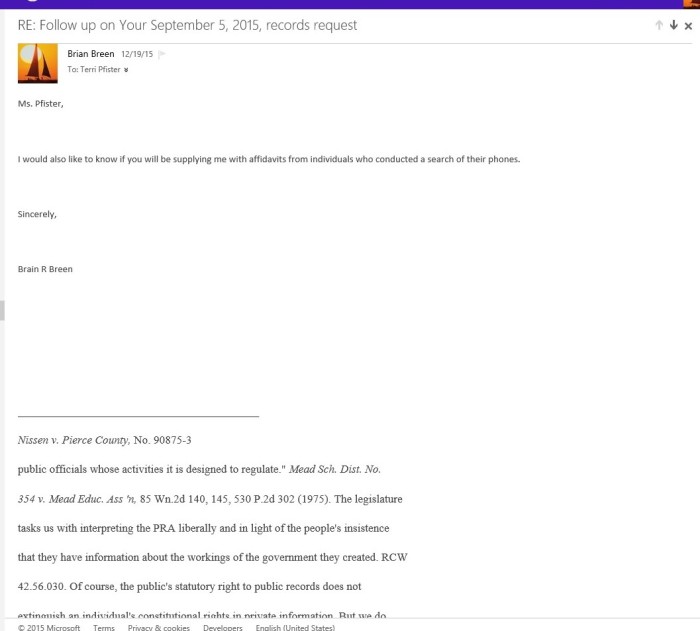 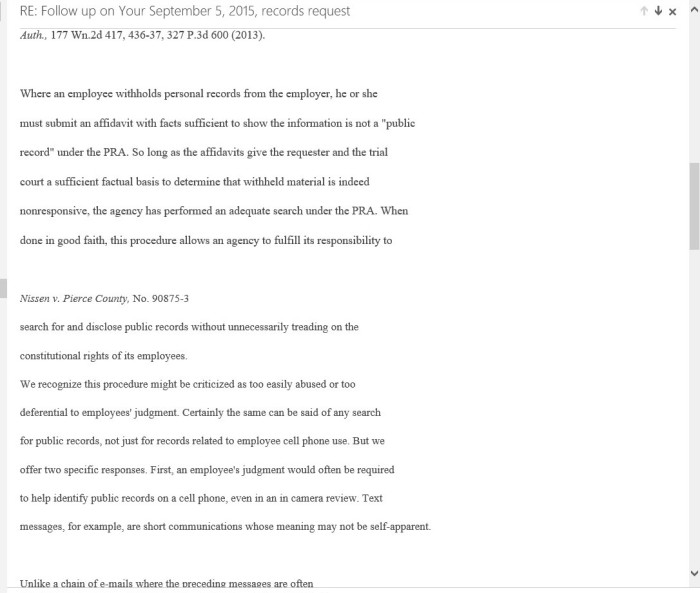 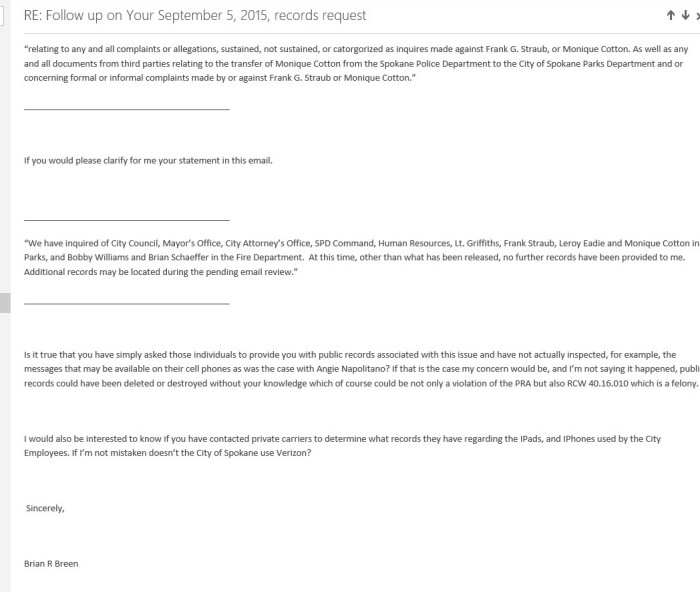 It is too bad that the small group far left and far right commenters on the SR website don’t have a clue as to the facts yet they offer an ill-informed prosecution on one side and an ill-informed defense on the other.

One thought on “ANOTHER ETHICS COMPLAINT…WHAT ARE THE FACTS…AND WHY IS THE SR NOT REPORTING THEM?”