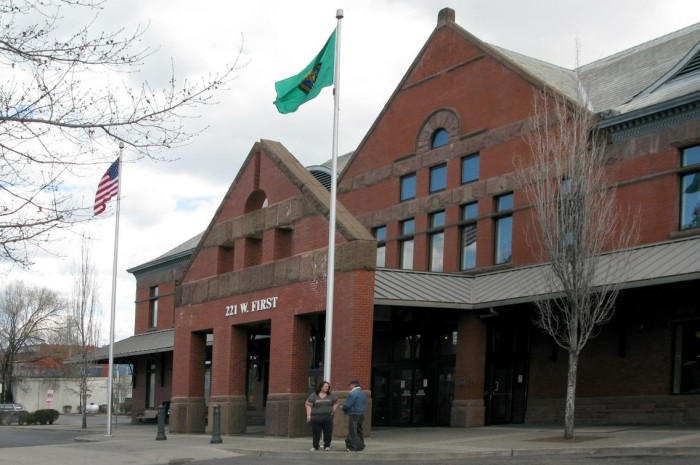 In my view not only, those folks that wasted their time to attend the City Council Meeting to tell their stories, but also all of the local Progressive/Liberal Movement (Including the local media) who actually thought that Emergency Ordinance C35681 was an effort on the part of the Progressive members of the City Council to curtail the efforts of the Federal Government to enforce Federal Law.

Here are the facts all of which could have been found in the Advanced City Council Agenda and are readily available in the Current CC Agenda for August 22, 2018. Once you review the facts you can decide for yourself whether or not this was all great theater intended to get out the Progressive/Liberal vote in the upcoming election or a serious attempt to right a perceived wrong.

The Ordinance was passed as an Emergency Ordinance after all the local ballots were mailed out, even though the extensive taxpayer paid Briefing Paper provided with the Ordinance clearly documents that this perceived problem has been going on for years…so where is the emergency ? To be clear “Briefing Papers” are sales jobs intended to get the CC to vote in a particular way, but of all the “Briefing Papers” I’ve read this one has to be one of the more dynamic sales jobs, and really there wasn’t any need whatsoever to sell six of the seven CC Members.

Lots of folks helped out with the Briefing Paper by providing info, including photos and documents used to sell the Ordinance, including Mr. David Brookbank who along with other activist involvement manages the Socialist Alternative Spokane Facebook Page and spoke during the CC Meeting.

One of the other speakers at the CC Meeting who helped out with the Briefing Paper was the Latinx Activist who coordinated “know your rights” efforts at the Intermodal center, Jennyfer Mesa. Jennyfer is also the Jennyfer Mesa, Lead organizer for I-1631 in Congressional District 5 which is on your ballot.

If you are interested in I-1631 you might want to attend this event before you mark your ballot. 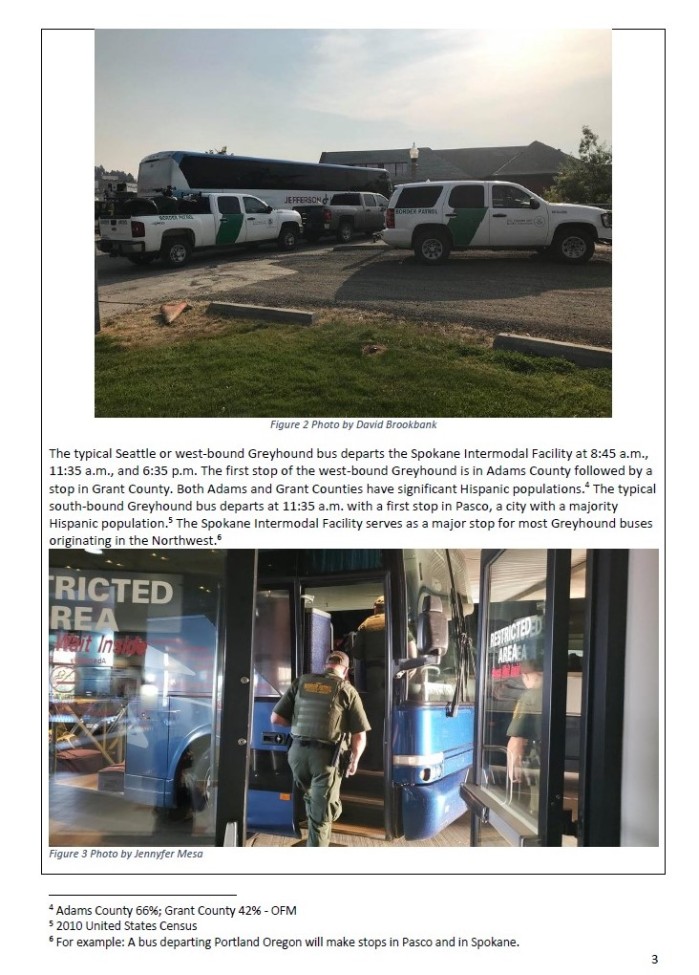 I don’t have the least bit of problem with “Activism”, but seriously wouldn’t the “Emergency” have been back in May when all the Activists were upset about the increased Border Patrol presence in the Spokane area, or was this just a timing strategy? I have a hard time believing that it took years and months to put this Ordinance together.

Despite the fact that according to the ACLU along with them groups that advocated for the law, included: Center for Justice, Crimson Group, Global Neighborhood, Greater Spokane Progress, Latinos en Spokane, Mujeres in Action, Spokane NAACP, OneAmerica, Peace & Justice Action League of Spokane, Raiz, Pride Foundation, Spokane Community Against Racism, Unitarian Universalist Church of Spokane, and Washington Immigrant Solidarity Network, all of whom have an almost overwhelming number of lawyers amongst them, how on God’s green earth could they have missed the FACT that the CC made it impossible for the Ordinance to work under the current Mayor who without question would take the steps necessary to formally give his permission for ICE and the Border Patrol to continue their work. Does that make any kind of sense at all to all you Activists out there who were led to believe that all the theatrics was real?

The only thing I can think of is that local Progressives/Liberals are confident that Council President Stuckart will be the next Mayor of the City of Spokane, and he of course would not grant the Mayoral Permission for the Feds to continue their work which would without question result in expensive litigation and other big problems…a bit risky if you ask me. 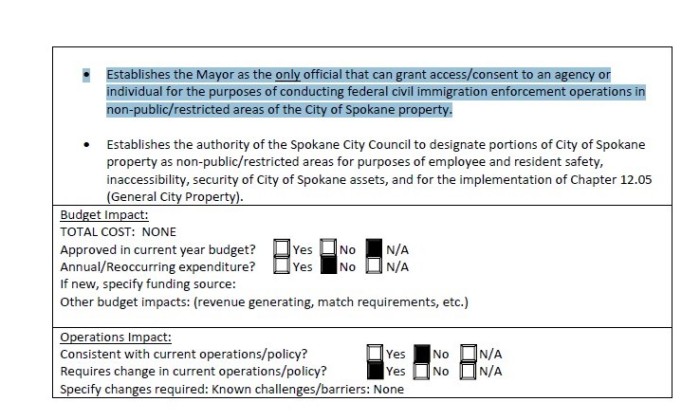 If Mayor Condon’s press release from yesterday doesn’t give you a clue as to what he will do…there isn’t much hope for you! 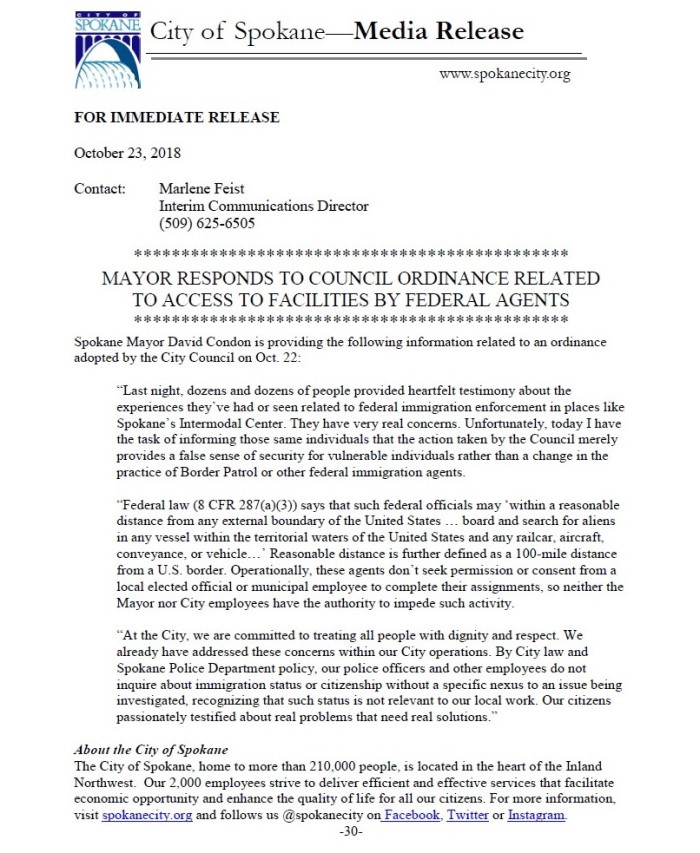 One of the great things for someone like me is to watch all the theatrics involved in these type of things. You can always count on Alfredo Fidel Llamedo the “Activist” who turned 59 this June to put on a show, this time by ripping up his Certificate of Citizenship. 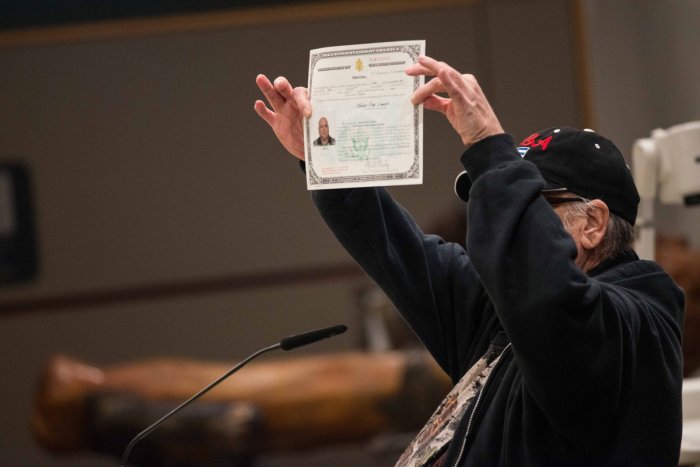 I also enjoy watching how young short on life experience reporters handle their reporting of the theatrics! 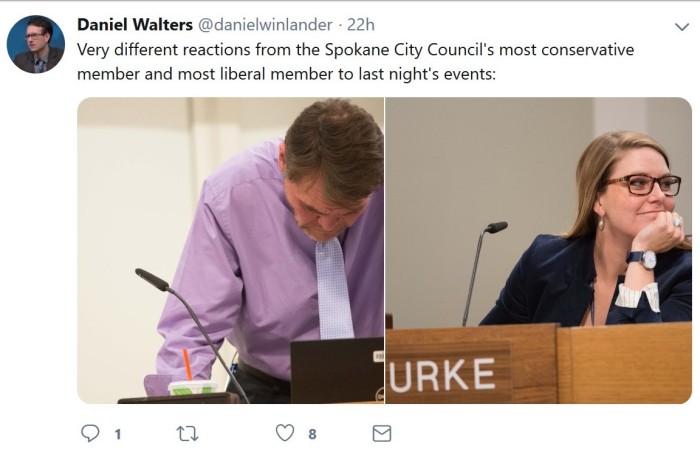 I can’t wait for frequent Conservative Critic and SR Columnist Shawn Vestal to do his column on all the theatrics and can’t help but wonder if he will wait and do the Column when Conservative Mayor Condon officially says… “Come on in you Federal Gals and Guys!”