According to a real weird email exchange between Deplorable me, Sheriff Ozzie Knezovich, and later Deplorable John Christina, Ozzie wants to hold a “press conference” with Deplorable Rob Chase and Deplorable John Christina. It all stems from a real interesting story I’m investigating after receiving information about it from a number of different sources, and at this point appears as if there might be another taxpayer funded litigation against Spokane County and Sheriff Knezovich resulting from “Radicalized Hatred”, that of course remains to be seen, but a press conference would be outstanding so that the Citizens of Spokane County might be able to see where this is all headed. 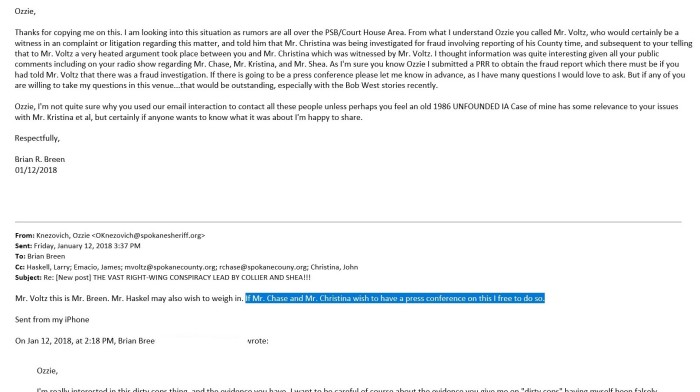 It appears Mr. Christina has lawyered-up, so who knows where this is headed. 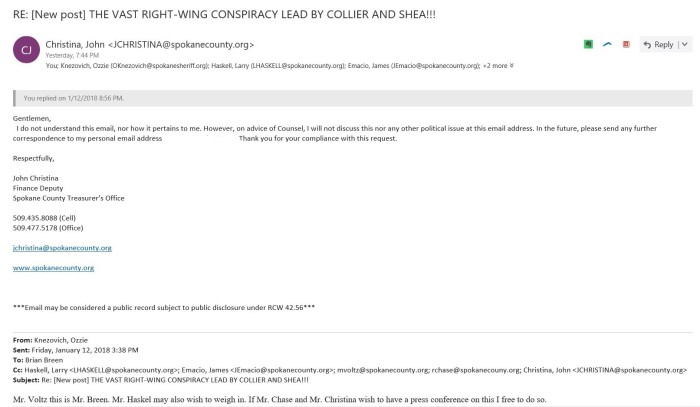 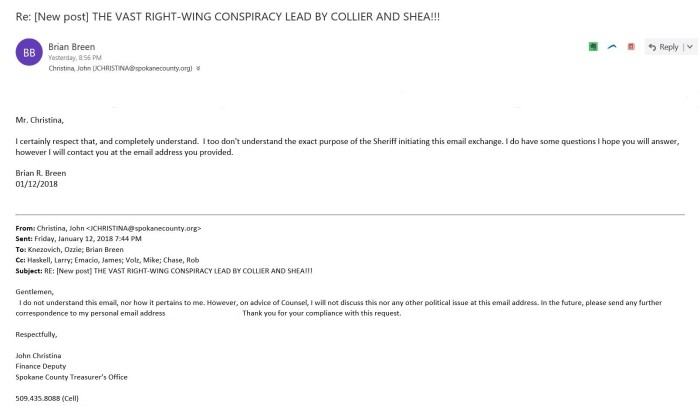 What may seem weird to some folks, really isn’t weird to me but is simply a continuation on Ozzie’s part, which some describe as being under the color of law, to defame and discredit the truth seekers in his big “Basket of Deplorables”, at this point I happen to be at the top of his basket and the more truth that comes out the more my position elevates in the basket.

The following images of the email interaction which started out as a simple question to Ozzie as to whether or not Bob West had resigned from his handpicked CAB lead to a somewhat cryptic effort on Ozzie’s part to paint me as an inept, corrupt, drunken, prostitute using, supervisor fighting, dirty cop, whose peers had absolutely no respect for. Ozzie also has described me as “arrogant”, something I most certainly admit, but the rest of course is pure unadulterated BS. As I have mentioned a number of times in the past I was only disciplined once during my 26 years as a cop for a bar beef where I had been drinking while off duty in Colorado. After going into Chief Mangan’s office and admitting my conduct was way out of line Mangan told me he was going to give me the very same punishment he gave himself when he acted inappropriately which was a two-day suspension without pay. That’s it folks… yes, I did get suspended for two days but that’s it. I’m quite surprised Ozzie during his dirt digging quest to defame, hasn’t mentioned my two-day suspension. What’s funny is Ozzie surely has all of my performance evaluations, letters of commendation, and reference letters, if he doesn’t have all those I’d be more than happy to provide them to him.

Speaking of being arrogant, I thought you might be interested in my last evaluation prior to my retirement and my retirement reference letter. 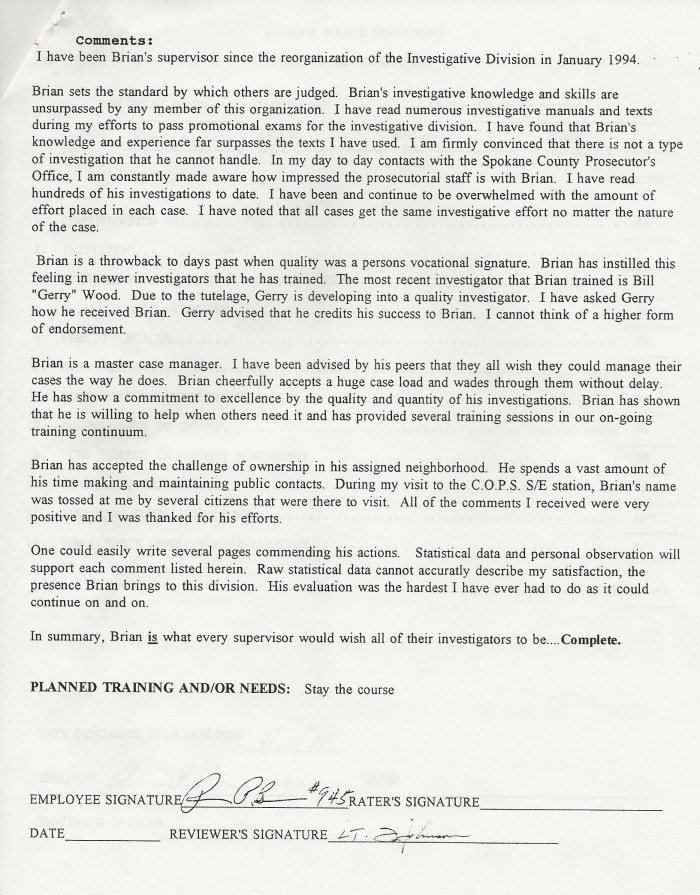 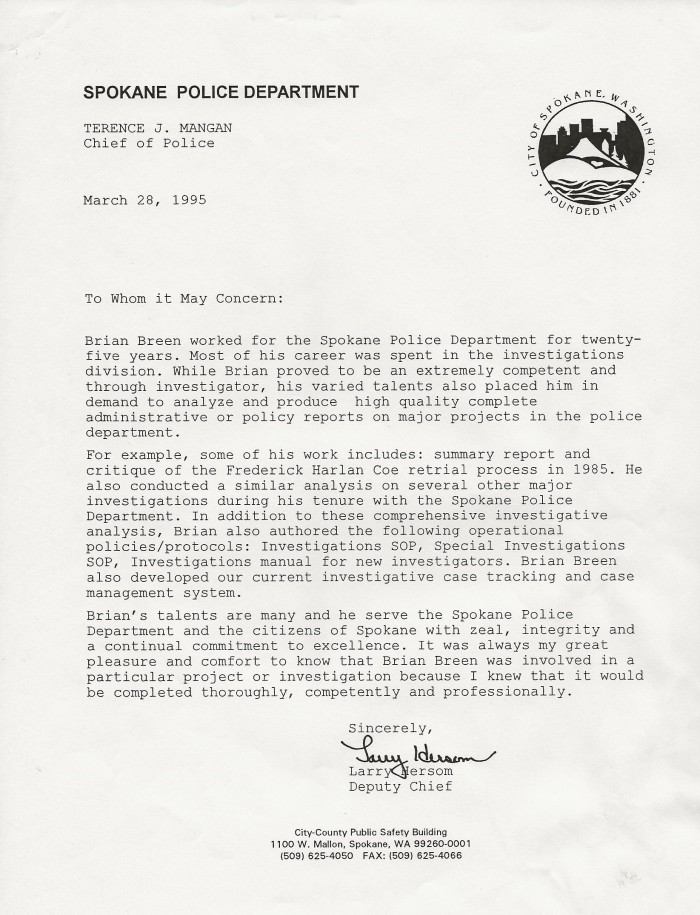 Not bad for an inept, corrupt, drunken, prostitute using, supervisor fighting, dirty cop, whose peers had absolutely no respect for him…right Ozzie?

Yes Mr. Volz, “This is Mr. Breen” and Mr. Haskell is welcome to “weigh in” at any time! 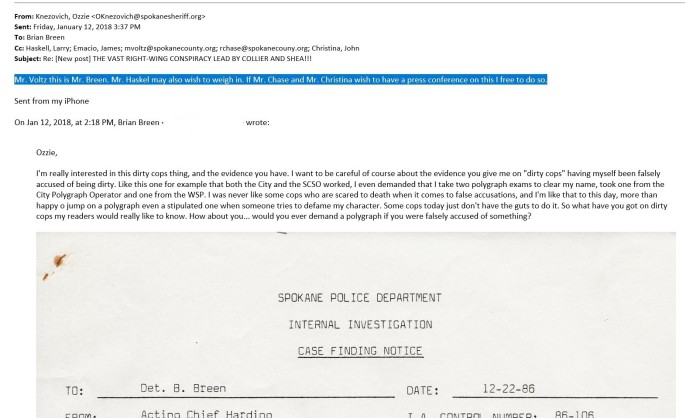 I wonder if now that I posted portions of my personnel file there will be cryptic inference that I somehow made up the documents and forged the signatures, as it appears Ozzie was trying to infer regarding the anonymous letter Caleb Collier received which documented a portion of Ozzie’s friend Bob West’s misdeeds and turned out to be true.

Ozzie has well documented problems with many people, including me, but the biggest problem for Ozzie when it comes specifically to me is that I haven’t the least bit of fear of him or his efforts to intimidate me it’s just a continuing supply of the necessary comedic stuff we have seen from Ozzie year after year. Beyond that another problem he might have is that perhaps I’m not the “inept” investigator he would like people to believe I am. 😊

So, will Ozzie hold a big “press conference”? He does love those you know! 😊

Here is the email string, you can draw your own conclusions regarding Ozzie’s intent in starting this string and whether there ever will be a “press conference”. 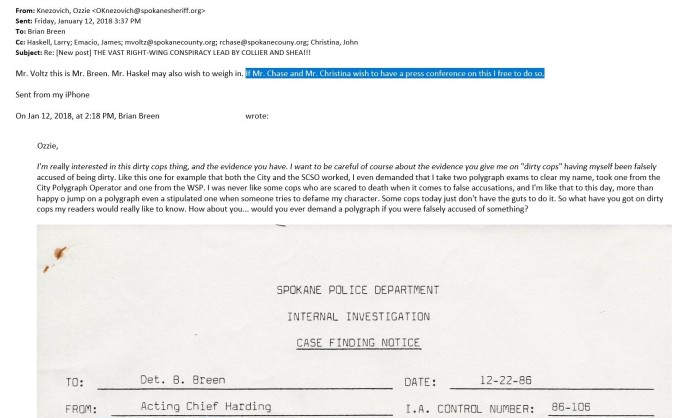 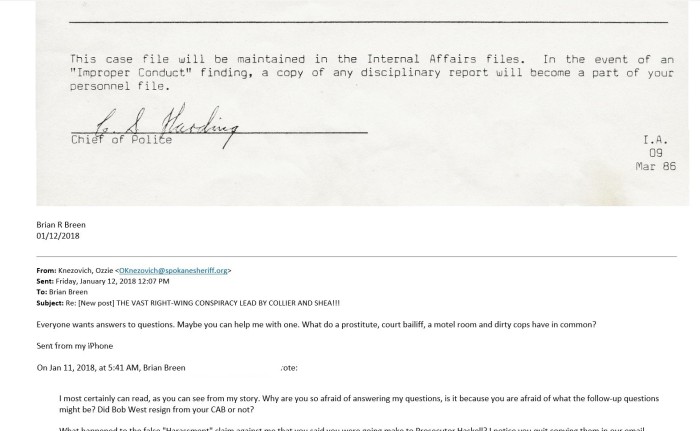 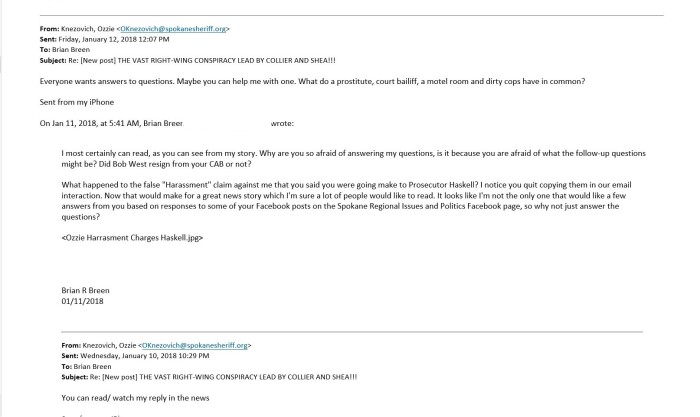 If you are wondering what the “<Ozzie Harassment Charges Haskell.jpg>” in that last email string image actually is…here you go!

Boy did that one ever intimidate the crap out of me! 😊