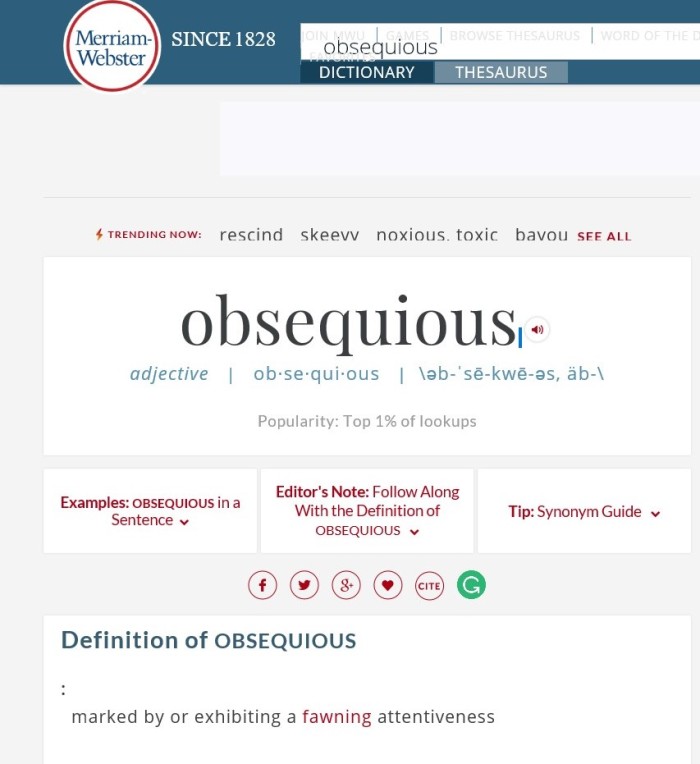 Obsequious, because Chair Deb Conklin was going out of her way to be so very nice to OPO Logue, as if she had been warned that she had to play nice with him and others. An earlier OPOC meeting I have mentioned was all about Deb Conklin trying to make sure there was a way to get rid of the OPO in the as yet to be completed OPOC/OPO Policy or disseminated.

For those that don’t remember back in 2014 COPS/DOJ Recommendation 9.1 specifically recommended creation of the policy, and in their Six-Month Assessment COPS/DOJ reported there still hadn’t been any progress. If you follow the OPOC meetings like I do you would know that they have been trying to get a Policy in place since the COPS/DOJ Report for three years, and during some of that process Conklin has tried to take complete control of what is in the Policy despite quality recommendations from other OPOC Members as well as the OPO. Some of the exchanges between Conklin and Logue during the recent process are IMO somewhat legendary, and although some have likened Conklin’s rein as OPOC Chair to that of Rachel Dolezal or worse, I’m not ready to go quite that far…yet.

I used the word “Obsequious” in my story today as I thought “Bromance” might go just a bit too far.

It appears that the new OPOC/OPO Policy is almost ready to be disseminated publicly after nearly THREE YEARS!

NOW HERE IS SOME CRAZY STUFF GOING ON!!!

It became quite obvious during the meeting that Marty Huseman the OPO Commission Coordinator failed the Civil Service Exam for her position, so Deb Conklin and Jenny Rose tried to take it upon themselves to battle City Civil Service and Human Resources as representatives of the OPOC to keep Huseman despite her failing the Civil Service Exam…TALK ABOUT OVER REACH!!!

One good thing about the meeting was that the new OPOC member Collen Gardner rightfully stepped in when Conklin stated SHE would write a letter to Civil Service regarding the Huseman issue. Gardner basically said; Wait a minute shouldn’t any letter to Civil Service be from the entire OPOC and not Deb Conklin alone? Gardner may have very well saved Conklin and Rose from themselves by pointing that out and allowed for Logue and Mike (Not Brian, I’m Brian) Piccolo to jump in and point out that there are Civil Service Rules which must be complied with. Logue even pointed out that there is a Civil Service list of 80 Candidates who did pass the CC Exam for the position who have to be offered the position. Even though Logue in previous OPOC meetings informed the OPOC of the steps taken via Civil Service for the position, and he had all that documentation available, it was obvious no one on the OPOC including Conklin and Rose had bothered to review it, so at this point any OPOC battle with Civil Service or Human Resources is on hold, as it should be, until all OPOC members review all of Logue’s documentation.

If you follow me you know that there is always a behind the scenes story to every controversy and unfortunately for Laurie Farnsworth, the revelation regarding the Conklin and Rose battle with Civil Service has led to this.

There seems to be a big misunderstanding on the part of Deb Conklin regarding what can and can’t be destroyed as “Transitory Records” even though she admitted on video that she attended the AG’s Public Records training one day prior to her cell phone mysteriously going “DEAD”, so as a help I provide the link below to clarify things for her and others.

It is important to keep in mind that willful destruction of Public Records, if that ever happens, is a crime, especially when you are made aware that a Public Records Request has been made for ALL responsive documents, you have a duty to protect and preserve those documents.

My question at this point, for Deb Conklin as well as the City, is exactly where is that cell phone that went “DEAD”?

I became involved in writing SPD Policy regarding the PRA and Records Retention as far back as 1973, and have had to keep up on the PRA and Retention Schedules to this day so I’m having some trouble trying to gain an understanding of why Government Officials, elected, employed, appointed, or volunteered have such a difficult time understanding it… it just ain’t that difficult… unless of course you are looking for a way not to be transparent.

The OPOC continues to have extreme problems getting their Meeting Minutes completed and approved, the question is… “WHY”? There haven’t been Minutes posted since April 2017. 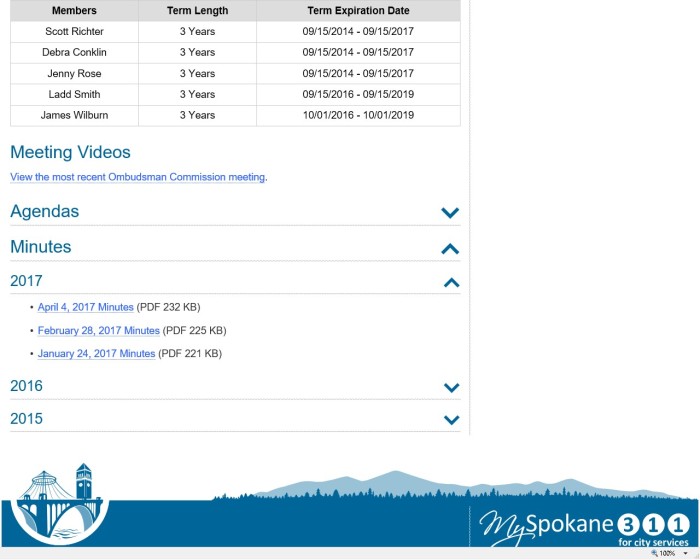 Speaking of Meeting Minutes, when the OPOC Meeting Video copy id posted note the exchange between Deb Conklin and Marty Huseman regarding approving the August 8th, 2017 Meeting Minutes…gee I wonder what that is all about?

One good thing I learned from this meeting is that OPO Logue will be recommending that SPD post the complete IA Cases rather than just Summaries, something the Mayor could easily direct Craig Meidl to do today if he wanted to.