As we have seen recently favorable Body Camera Video depicting an SPD Officer doing a very good job as Probationer Tim Schwering and a Neighbor did in this case are quickly provided to the media and sometimes result in nice human interest stories in the Mainstream Media.

In the case of the Schwering story SPD wanted the favorable video footage available to the Public ASAP. 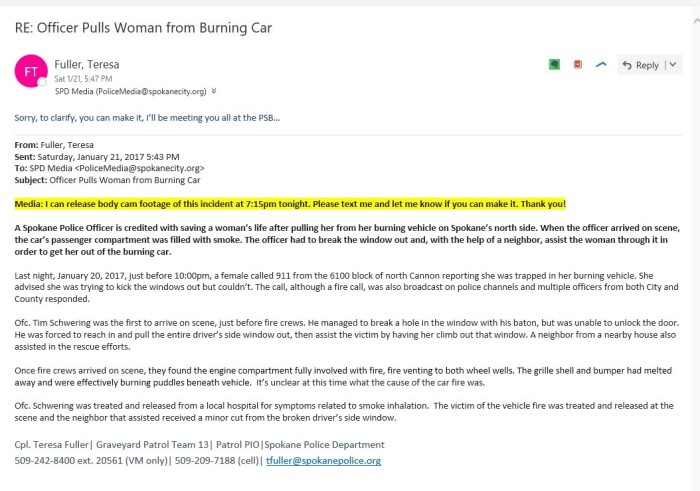 There is nothing wrong with that of course and it is great for SPD to have favorable stories out there as much as possible in order to try to gain the Community’s respect, and WE pay Public Information Officers the big bucks to get the truth out to the Press and subsequently the Public.

But what happens when the Body Camera Video is a nightmare adversely affecting SPD’s image especially in light of questions surrounding SPD’s treatment of Minorities?

This update to my previous story should give you an idea that it ain’t no Cakewalk trying to come up with anything that might look adverse for SPD or the City of Spokane.

The is Ms. Laurie Farnsworth’s required five-day response to my PRR. 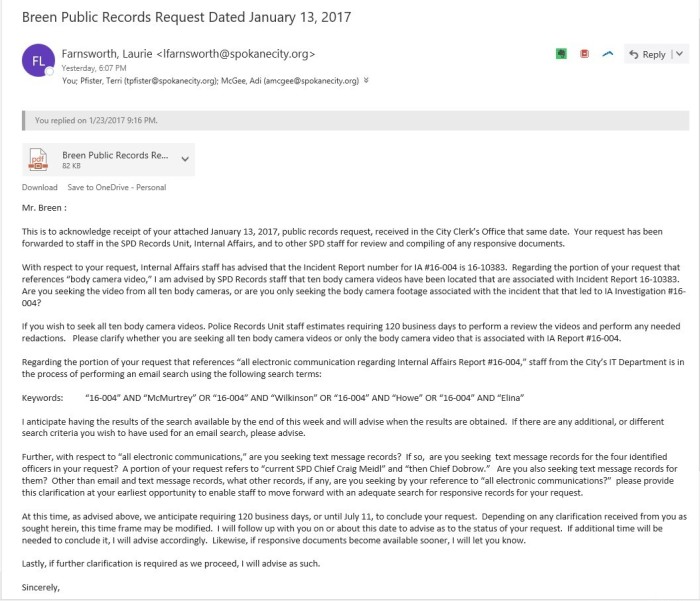 I’m pretty use to receiving a five-day response like the one above so here is my response to Ms. Farnsworth. 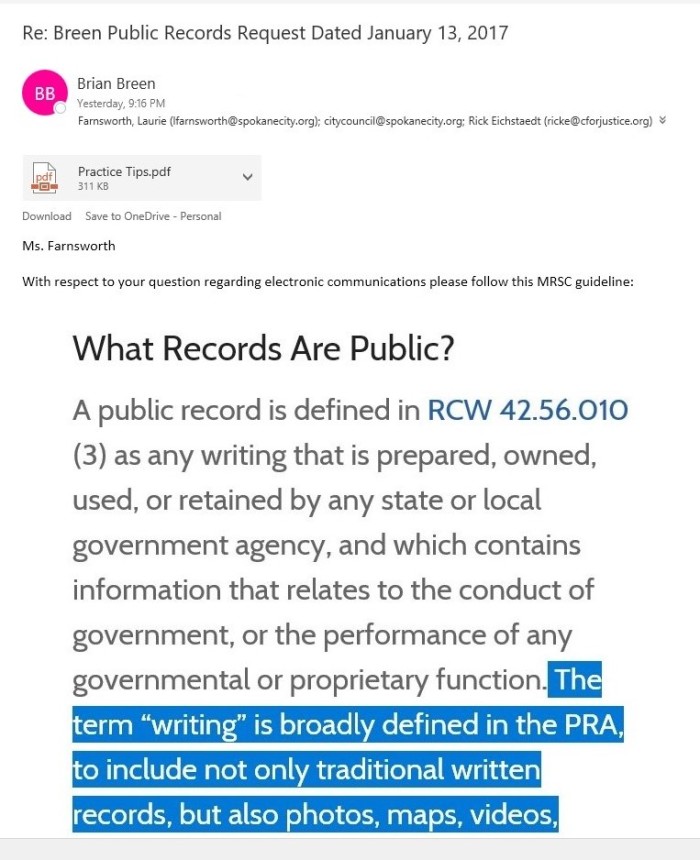 As you can see the good stuff always gets out there fast the bad stuff must be dug up and there is always a battle to get it.