For a politician the simple answer is KEEP lying, KEEP covering up, and by all means when someone gets in your way come up with a plan to make them look bad.

It would appear Mayor Condon still hasn’t learned how to stay out of trouble, most recently with the placing of Captain Brad Arleth on paid administrative leave over issues with the very flawed precinct model Frank Straub sold to him and the City Council. Condon feels that as long as he never admits that the hiring of Frank Straub was a big mistake, that the SPD under Straub got worse instead of better, that the costly programs Straub started do nothing to suppress crime and only waste money, and that continuing down that path will take five years for SPD to recover from, we the Citizens are stuck unless the City Council steps in and begins doing their due diligence. 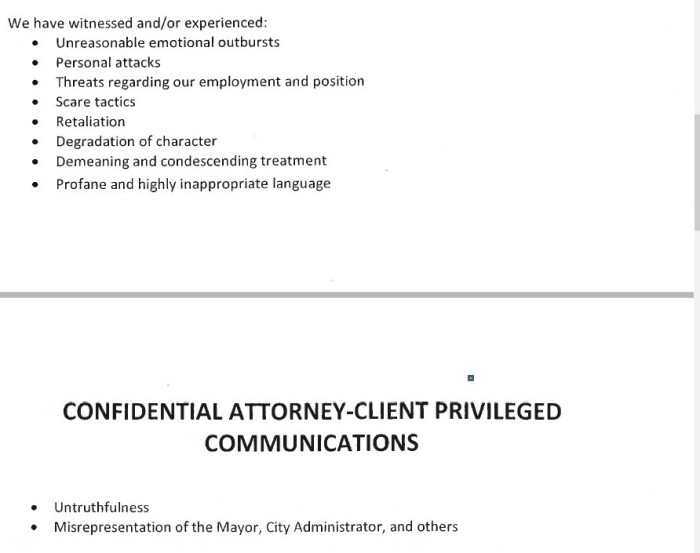 Well it wasn’t just Straub’s behavior that brought about “inefficient resource allocation”, “duplication of efforts”, “wasted time”, “unnecessary overtime”, and “general frustration”, it was the flawed structure pushed by Condon and Straub dividing the department into Divisions in order to hire cronies, the feel-good do-nothing programs staffed by cops that should be on the street, a philosophy of targeting cases for asset seizure instead fighting crime…and on and on. It isn’t often you see Senior Staff in a police department call the Chief of Police a liar, when you see it happen you know there are big problems, and as a Mayor you have two choices. Either find out exactly what the lies were and get the truth out, or find some people pliable enough to carry on the false narrative and get rid of those in the way.

As I see it, based upon going through the experience of the vacuum created when a Chief of Police goes as well as darn good sources, this is the way things are going at SPD.

There are now THREE factions at SPD. The FIRST faction is the one the Mayor has now put in place who are pliable and will continue the charade. The SECOND faction is made up of cops who know the Department is a mess and don’t want to continue the charade. The THIRD faction, and always the largest, is made up of cops sitting back and waiting to see who ends up on top.

I don’t care what anyone’s political ideology is, if you can’t see the big problems you are blind, and the buck stops at the top.

Where does the IA case against Arleth stand in all this mess…you decide…but I would wait until all of the facts are public, including who made the complaint and why. The placing of Arleth on paid leave reminds me a lot of the Scott Stephens case, a case where if you actually took the time to read the file you likely would have come to the same conclusion I did which was quite simply a matter of eliminating the competition.

Think about this quote from the SR Story regarding Arleth, which was the only quote that really had any meaning…at least to me… and only from a comedic standpoint.

“Ed Lukas, the city’s asset management director, said the police department would not pay rent at the new space, but would eventually be asked to pay a share of monthly maintenance and utilities expenses. He said the claim that the precinct move is cost-saving is based on calculations about likely reductions in crime and reduced time for police to respond to the area surrounding the intermodal center, not just on direct costs like rent and maintenance.”

So when I read these I want to find someone to explain to me why we bought a parking lot, old railroad station, and passenger platform…was it for a Police Precinct?

10 thoughts on “HOW NOT TO KEEP YOURSELF OUT OF TROUBLE!!”