Today could be an interesting day when it comes to “The FOIA War”. Yesterday I had this email exchange with Terri Pfister, a key figure in the upcoming “Independent Investigation”. As you can see Ms. Pfister states she will have more information for me today regarding my FOIA request. Let’s all hope it isn’t a claim that all further records are exempt from public disclosure based upon the ongoing investigation exemption to the release of public records. 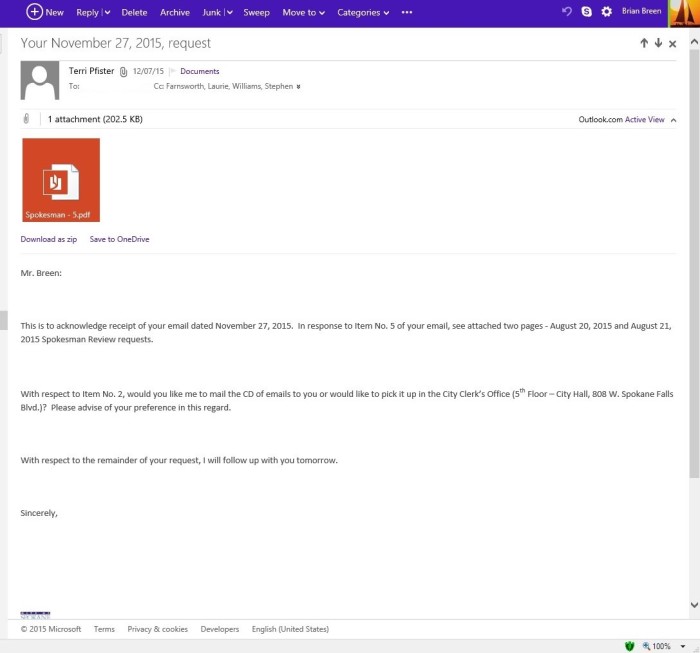 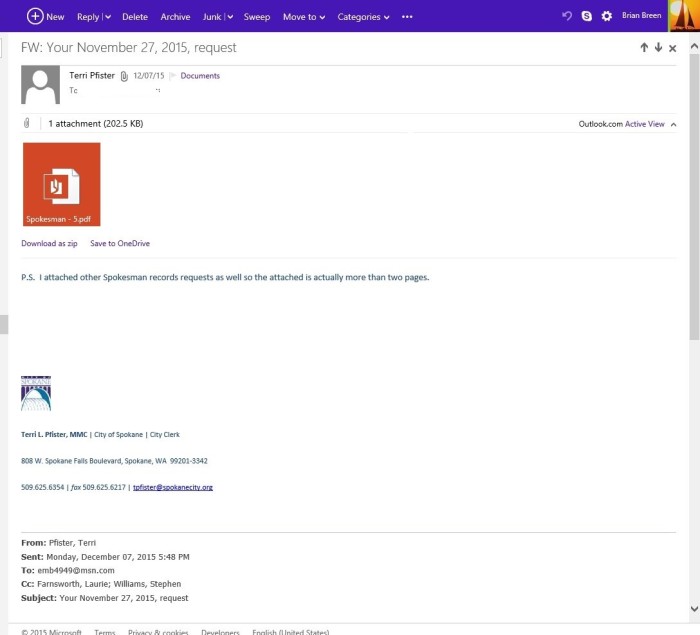 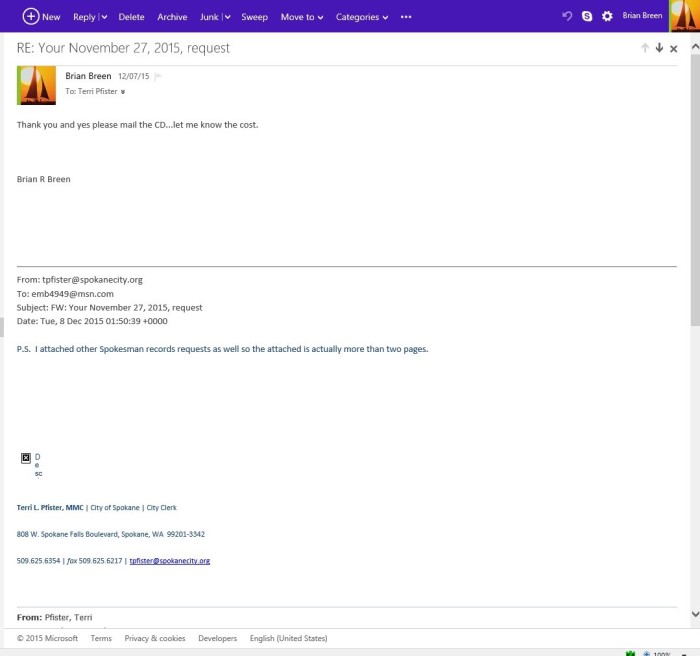 “Bender”, whomever that might be, pretty well sums things up in his comment to the Editorial. Bender’s comment was of course deleted the second someone at the SR noticed it. I wonder whom “Bender” actually is? 🙂 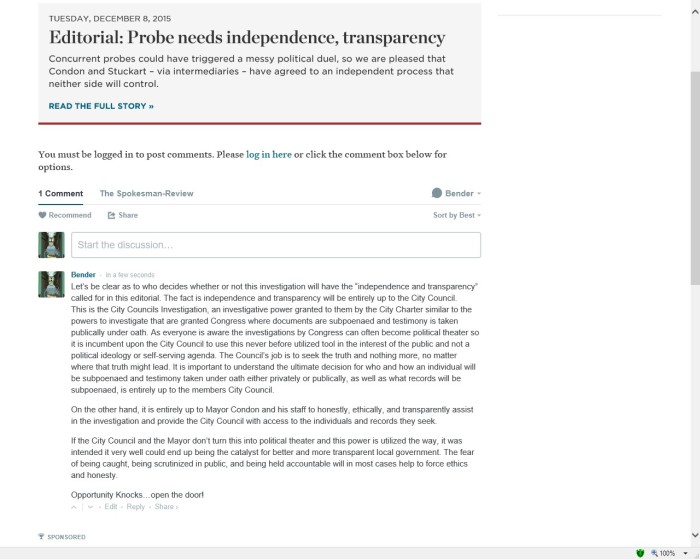 Terri Pfister did supply me yesterday with copies of the additional Public Records Requests made by Nick Deshais of the Spokesman Review beyond his August 18th request which were mentioned by Addy Hatch in the SR Comments Section. Here are links to what I have received so far.

There are some things I find interesting about these records. The records demonstrate that Nick Deshais was in some type of discussion with former Spokesman Review Employee, and now “Mouth Piece to the Mayor on or about October 8th 2015 when Deshais requested records regarding “suit filed by Frank Straub”. That brings up some questions at least in my mind regarding Coddington’s letter to the Ethics Committee.

It would be interesting to know exactly what the discussions between Deshais and Coddington were but beyond that, I also noted the addition of certain names in Deshais PRR requests of August 20th and 21st, he was apparently getting ongoing tips during that time period.

If you have been following my Blog you likely have noted my efforts to get the Washington State Attorney General involved in this issue, in an effort to get some form of transparency going as well as to determine if there have been violations of the Public Records Act or other matters. On December 7th I also received this email from ATG. Nancy Krier which you might find interesting. 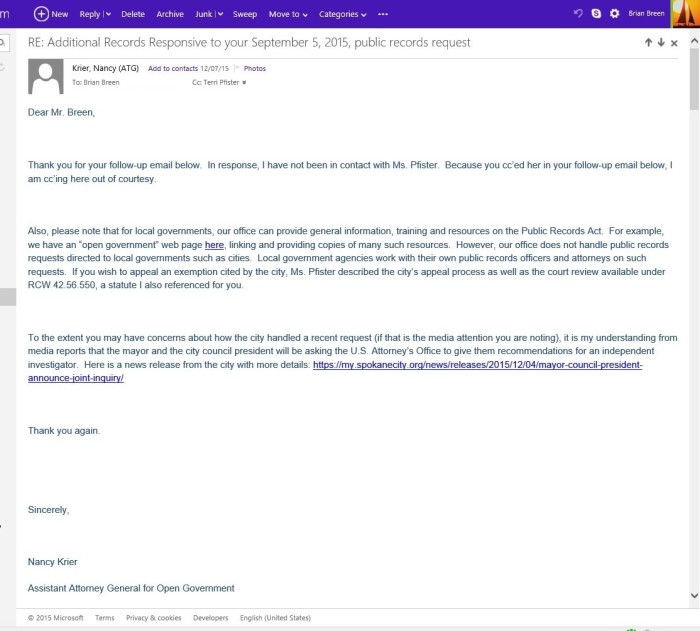 This is the truth as we know it so far!

10 thoughts on “THE FOIA WARS CONTINUE…UPDATE!”